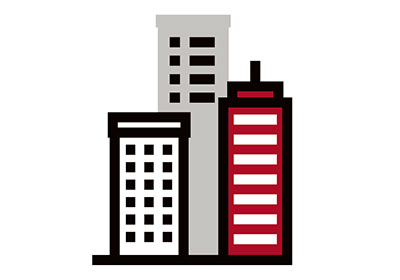 More than 2,000 rooms are coming online in the next few years as the neighborhood surges in population and remains a hotbed for business.
By Andre Eggert
October 01, 2016

Downtown Minneapolis is in the midst of a lodging surge, but the long-term impact is more complex.

This month, global hospitality company Marriott International opens the doors of its AC Marriott brand across from the Hennepin County Central Library and the Gay 90’s. The edgy “lifestyle hotel” will fill its edgy location with 245 rooms, 1,500 square feet of meeting space, a bar and lounge, library, a “media salon,” board room and fitness center. It isn’t alone: An Embassy Suites is newly opened in the nearby Plymouth Building.

Downtown Minneapolis is adding a lot of hotel rooms, with more than 2,000 about to come online or in the pipeline, roughly 25 percent of the existing total. “Minneapolis is very strong among [hotel markets] in the nation,” says Tanya Pierson, managing director at HVS, a hospitality consulting firm.

Pierson says a growing downtown population, a strong base of corporate offices in the core, and major sports and cultural attractions have helped boost occupancy rates to record levels, kick-starting construction.

Hotel brands are jostling to set themselves apart as the market prepares for a glut of rooms that range from the budget-friendly (a Holiday Inn Express with 135 rooms) to the luxurious (a proposed 300-room Four Seasons that’s expected in fall 2020 if the city’s Nicollet block is developed) to the millennial-focused (a 164-room Radisson Red opening in December near U.S. Bank Stadium).

Mortenson developed the AC Marriott. Vice president and general manager Bob Solfelt says the hotel differentiates itself with its “lifestyle” offerings—a niche he calls “underserved” in downtown’s market. One downstream effect of the room infusion: It makes the oft-floated idea of a convention center hotel much less likely. The tourism bureau Meet Minneapolis and others have for years advocated for a 1,000 room hotel to better compete for conventions with the likes of Denver, Indianapolis and San Antonio. But a feasibility study conducted in 2013 said such a hotel would require a public subsidy.

The expansion is likely to drive down aggregate hotel occupancy and average daily rates, says Melvin Tennant, CEO of Meet Minneapolis, so it will likely be “a number of years” before a convention center hotel happens.

The wait might be longer than that. Ted Leines, CEO and founder of Leines Hotel Advisors, says hotel development tends to have an eight-year cycle of intense building followed by a quiet period: “I think we’ll soon reach the quiet period.” —Andre Eggert