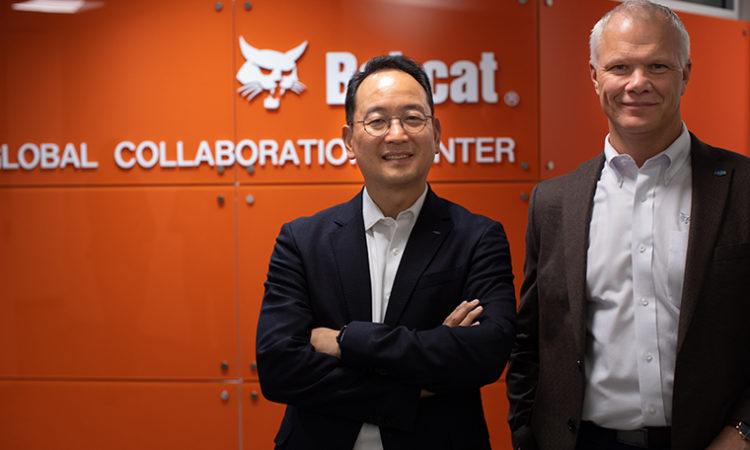 Amid steady growth around the world, the construction equipment maker is expanding a plant in outstate Minnesota and opening a new 'global collaboration center' in downtown Minneapolis.
By Dan Niepow
November 14, 2019

Doosan Bobcat is growing its Minnesota presence in more ways than one.

On Thursday, the company unveiled a $26 million plan to expand its manufacturing facility in Litchfield, Minnesota, which lies about 65 miles west of Minneapolis. At the plant, Doosan Bobcat builds attachment for its loaders, excavators, and tractors.

Under the expansion plan, the Litchfield facility will grow from about 60,000 square feet to 200,000 square feet. The expanded plant is expected to employ about 300 full-time employees, up from its current workforce of 100.

Scott Park, Doosan Bobcat’s CEO and president, said the expansion is needed to handle growing demand for the company’s attachments.

“Globally, the demand is really outpacing what we can produce,” Park said during a visit to the company’s new Minneapolis office, which officially opened yesterday. “We need to continue to invest and continue to grow.”

The Litchfield expansion will help offload strains on the company’s other nearby plants. Doosan Bobcat operates 10 manufacturing plants around the globe, including three in North Dakota. (The company’s 750,000-square-foot plant in Gwinner, North Dakota, is its largest in the world.) 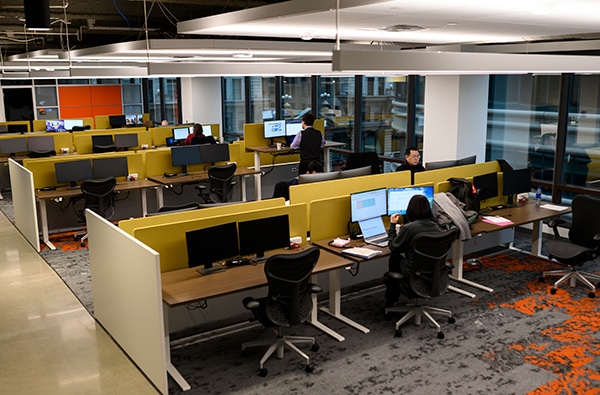 But as the company introduces new products and technologies, it’ll need more space. The goal is to reserve the Litchfield plant for equipment attachments (think buckets on loaders) and build new products at other facilities, said Mike Ballweber, president of Doosan Bobcat North America, which is based in West Fargo, North Dakota.

“We’re literally busting at the seams at a couple of the other facilities right now,” he said.

Doosan Bobcat broke ground on the Litchfield expansion last month. The company aims to wrap up the project by September 2020, Ballweber said.

Meanwhile, Doosan Bobcat officials have high hopes for the new Minneapolis office. Located on the fifth floor of the 150 Tower in downtown Minneapolis, the office is known as a “global collaboration center,” and it looks a lot more like a co-working space than a typical corporate center. Employees won’t have permanent desks; instead, workers from around the world can drop in and use the space as needed. The company signed a lease for the space back in June.

The center will ultimately have space for about 50 employees.

“A lot of times, that’s where collaboration happens,” he said. “That randomness actually creates a lot of idea generation.”

Doosan Bobcat leaders were attracted to Minneapolis for a number of reasons. Chief among them: Minneapolis is easily accessible from anywhere in the world, Park noted. (In August, Delta launched a new direct flight from Minneapolis to Seoul)

That new trip bodes well for Doosan Bobcat, which has a global headquarters in the South Korean capital. In total, the firm has 7,000 employees around the globe.