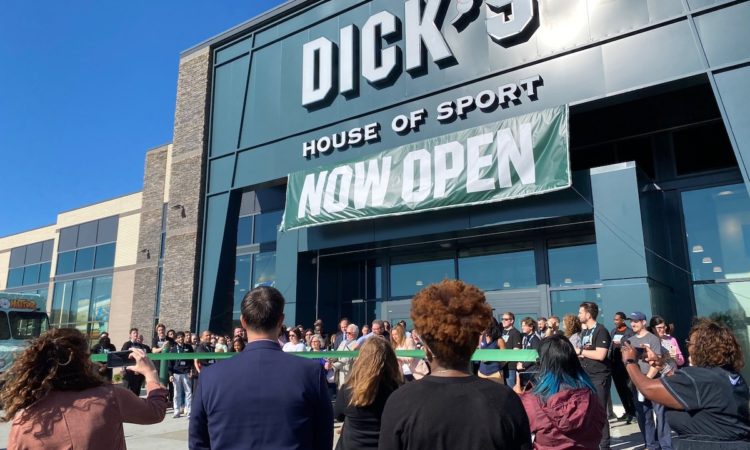 Ribbon cutting at Dick’s House of Sport in Minnetonka on June 3.

The sporting goods retailer debuts an experiential approach designed to give consumers reasons to shop in person.
By Allison Kaplan
June 03, 2022

Replace cosmetics with a wellness department, swap men’s suits for a putting green; belts for batting cages, and you’ve got the makings of what is fast becoming the 21st century department store: a supersized, interactive sporting goods showplace. 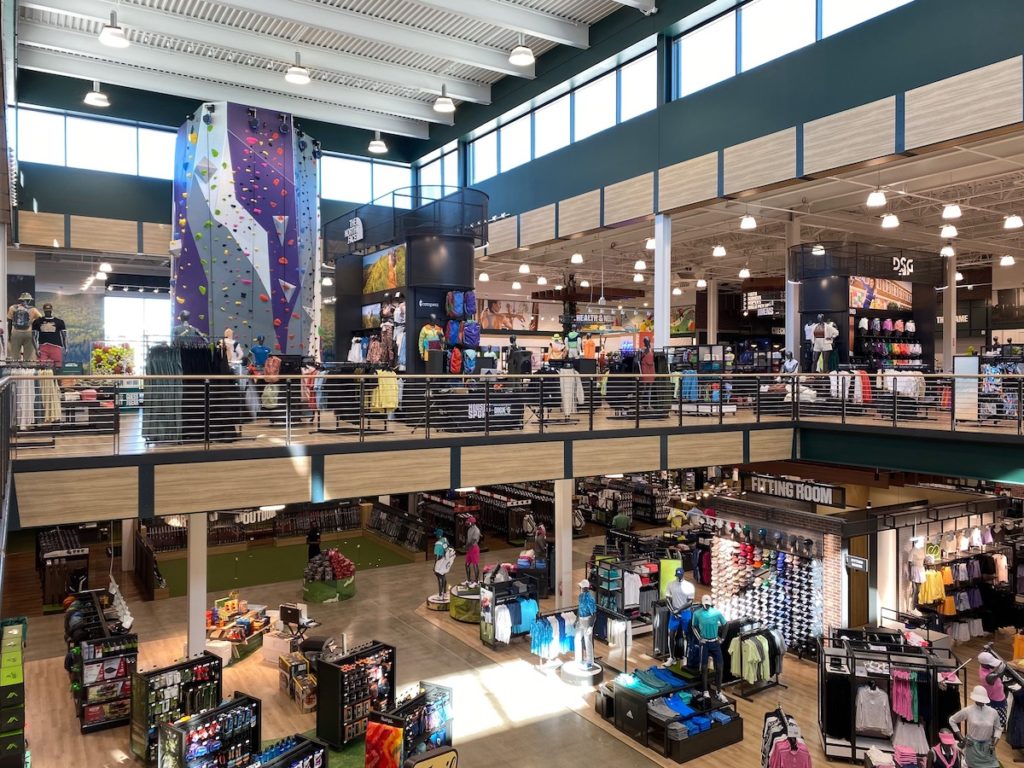 This weekend marks the grand opening of Dick’s Sporting Goods “House of Sport” at Ridgedale Center. At 115,000-square foot, the concept store becomes a new anchor for the Minnetonka mall. Dick’s popped the roof off an old Sears store to accommodate its 35-foot climbing wall. This is only the third of “House of Sport” for the retailer. The other two opened last year in Victor, New York and Knoxville, Tenn. The company chose the Twin Cities because Dick’s former Minnetonka store, just an exit east on I-394, was a top performer for the chain, marketing manager Jill Woods said. And Ridgedale had that vacant anchor spot ripe for redevelopment.

Scheels did the same at Eden Prairie Center in 2020 when it opened a store more than twice the size of the new Dick’s, featuring a Ferris wheel, a large hunting department and some similar interactive features like a golf simulator and batting cage. Of course, R.E.I.’s Bloomington store blazed the trail for an in-store climbing wall years ago, and Cabela’s stores have long been tourist attractions, in their own right. 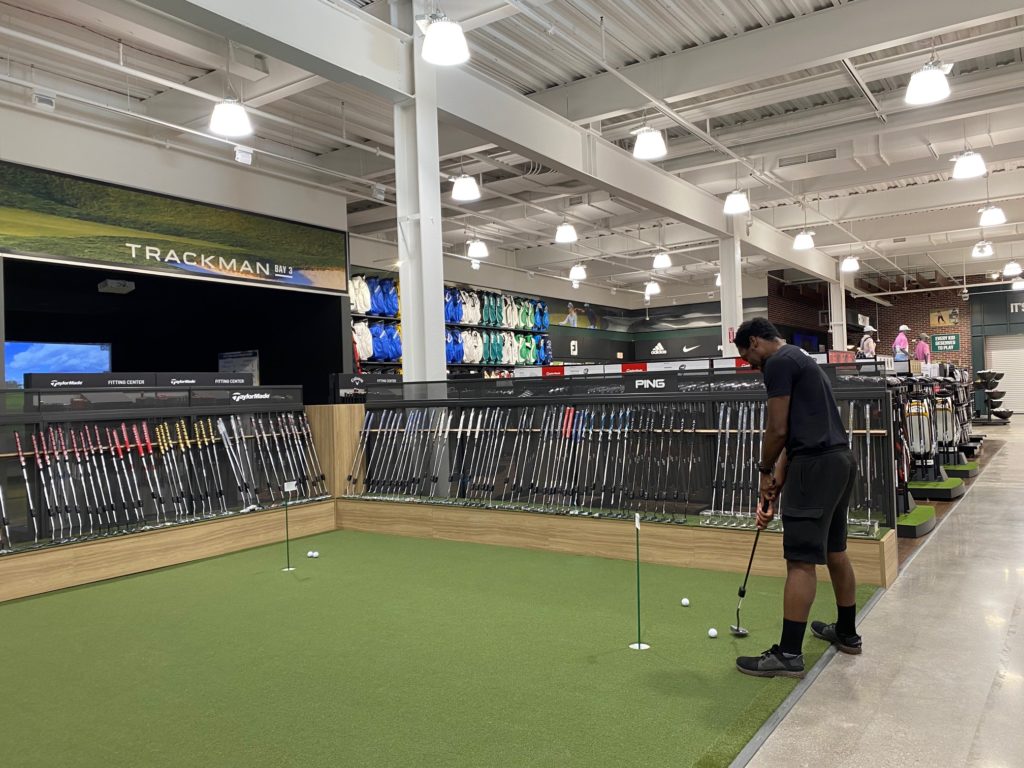 “The category lends itself to in-person and experiential,” said retail expert Beth Perro-Jarvis of Ginger Consulting in Minneapolis. “It’s also a category with massive global power brands like Nike and Adidas and they have the bucks for these types of stores as well as cool innovation experimentation.” 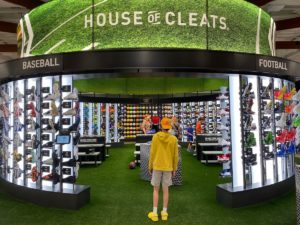 Indeed, as Nike pulls back on its wholesale partnerships in favor of more direct-to-consumer engagement, the brand features prominently at Dick’s House of Sports. At 7,000-square-feet, the Minnetonka store’s shoe department is the retailer’s largest nationwide, Woods said. That’s in addition to a separate “House of Cleats” department.

Back in March Dick’s introduced an ad campaign spotlighting its female leadership and House of Sports builds on the brand’s intention to appeal to women. At House of Sports, sports bras get their own department with a floor-to-ceiling display wall and pull-out merchandise drawers reminiscent of Victoria’s 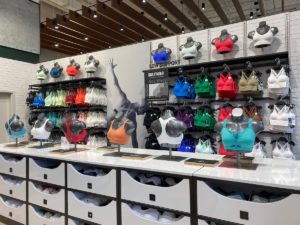 Secret. Fitting rooms, an afterthought at the old store, now feature a lounge area in front. “We call them social fitting rooms,” Woods said. “With great lighting for taking selfies.”

The store also features new brands that Dick’s is testing, like Chubbies swim trunks for men, and a broadened assortment from popular brands. Beside Rawlings baseballs and gloves, you’ll find leather tote bags from the brand.

“This is a test and learn environment,” Woods said on a store tour before Friday’s ribbon cutting ceremony. She pointed out the flexibility within each House of Sport department—for example, display cases filled with supplements, sports drinks and “gym bag essentials” like deodorant and moisturizers can be moved out to turn the space into a yoga studio. The machine-pitch batting cage is available for rent, and shoppers can make take a lesson with the store’s resident golf pro.

“We are very community and events focused,” Woods said. “We want people to try the products.” 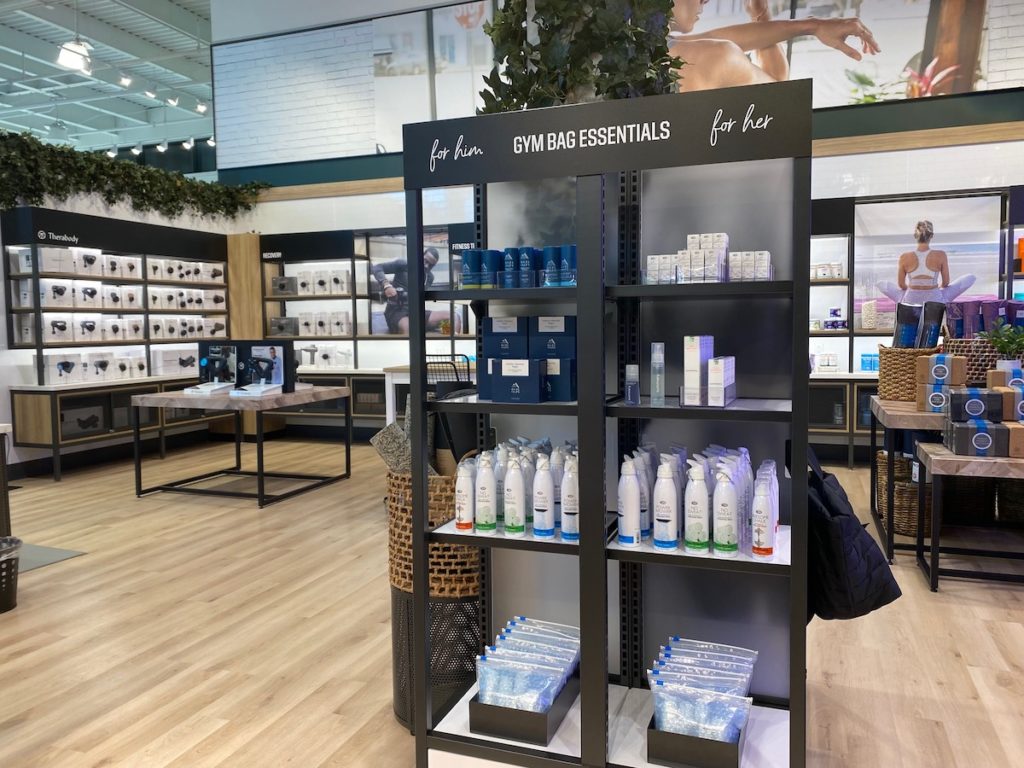 Just outside the store, Dick’s is building a 20,000-square-foot turf field and track that will open in the fall. When it isn’t in use for soccer clubs and boot camp fitness classes, it will be available for open play, Woods said. During the winter, the field will convert to a hockey rink.

“You can’t discount the fact that we’re all rather sick of being at home,” Perro-Jarvis said. “Getting out to a retail in person to shop for something useful in everyday life, like athleisure, plus having an engaged and interesting experience is just fun right now. And novel. Hybrid is really it for just about everything and if there’s a good reason to shop in person, I think consumers will be motivated and excited to get out there.”