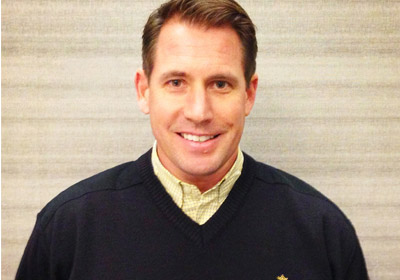 Denham joins Space150 from cross-town agency Colle+McVoy, where he served as chief growth officer and focused on business development, agency strategy, and brand strategy for clients, including Brooklyn Center-based Caribou Coffee and Indian Motorcycle, which is owned by Medina-based Polaris Industries, Inc., according to Space150.

Colle+McVoy spokeswoman Jen Stack told Twin Cities Business on Tuesday that the agency “has a strong new-business team in place” and has no immediate plans to fill the vacated chief growth officer position.

At Space150, Denham will focus on building the agency’s brand and the brands of its clients through “insight-driven strategic initiatives and integrated brand planning,” the company said. He will also play “a core role” in new business development.

Denham is Space150’s first chief strategy officer; the agency, which has historically taken a “holistic” approach to multiple disciplines such as creative, strategy, and media, now aims to formalize a strategy practice, which Denham will help build, according to spokeswoman Lisa Grimm.

Space150 counts among its clients major Minnesota-based companies such as Target Corporation and Buffalo Wild Wings, as well as outstate clients, including clothing retailer Forever 21.

“My time with Colle+McVoy was rewarding, and I will be forever grateful for the experience,” Denham said in a statement. “What drew me to Space150 is its impressive track record of creating and delivering innovative solutions that have pushed its clients forward. I joined to be part of an agency at the forefront of delivering bold engagement strategies and creative products for leading brands.”

Before joining Colle+McVoy, Denham was principal consultant at Faith Popcorn’s BrainReserve, a New York-based marketing consultancy, where he led strategy for clients including Miller Brewing Company, PepsiCo, and RadioShack.

Space150 lured Denham away from Colle+McVoy shortly after one of its own executives departed for a local rival. Marcus Fischer, former CEO of Space150, left in August to join Minneapolis-based ad agency Carmichael Lynch. Following Fischer’s departure, Space150 founder and Chief Creative Officer Billy Jurewicz took on the expanded role of CEO.

“Since its inception, Space150 has had great success approaching creative product development holistically,” Jurewicz said in a statement. “David’s leadership experience and track record of impacting business results through an integrated approach to brand strategy and planning will elevate Space150’s creative products to the next level.”

Space150 is one of Minnesota’s 10-largest ad agencies based on revenue, which totaled $17.2 million in its most recent fiscal year. It was founded in 2000 and employs 150 staff members at offices in New York and Los Angeles, in addition to its Minneapolis headquarters.