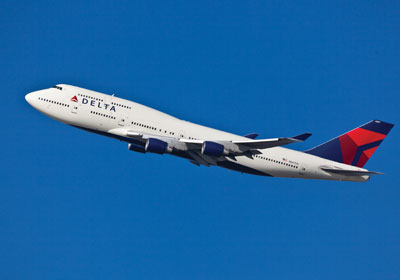 Delta Is Flying High On The Iron Range

Delta Air Lines has shed infrastructure and labor force in the Twin Cities since it absorbed Northwest Airlines three-plus years ago, but it’s growing on the Iron Range. Even in this age of Internet booking, Delta operates seven reservation call centers in the United States, and its most productive is located in Chisholm.

Chisholm isn’t Delta’s largest center (Atlanta is), but it’s Delta’s number-one in the percentage of calls handled and the average handling time, Delta spokesman Russell Cason says. And the Chisholm center isn’t just proficient—it’s profitable. According to Cason, it is outperforming its revenue goal by 6 percent year to date as of early June.

According to random post-call surveys, Chisholm ranks among the highest in customer satisfaction, scoring 4.7 out of a possible five, Cason says. So it’s little wonder that the staffers picking up the phones there handle Delta’s most “premium customers,” including Diamond members of its SkyMiles frequent-flyer program, who fly at least 125,000 miles annually. A common sight on enthusiast sites such as FlyerTalk and Milepoint.com is Delta loyalists inquiring how to get calls routed to Chisholm for particularly complex reservations or award tickets.

Why is Chisholm such a center of excellence for Delta? Cason has some predictable reasons: The center has “hired the right people,” and staffers there are very well-trained. One could probably add Minnesota nice and our often-touted work ethic. Whatever the case, it’s more economic good news for the Range, which is also seeing taconite mining and processing make a comeback from the recession.