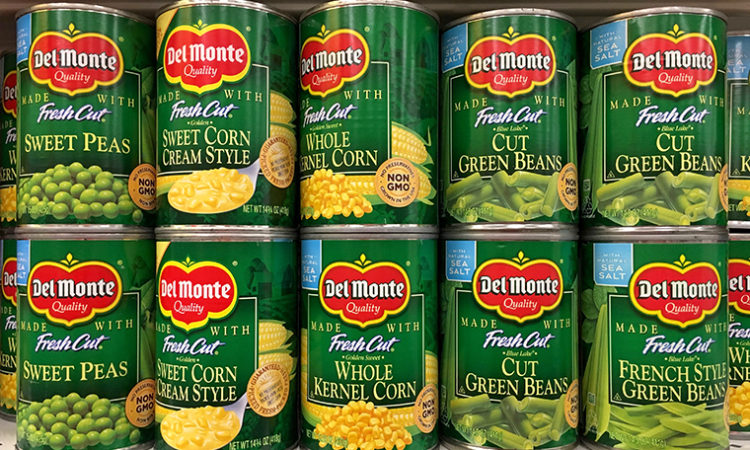 The facility has been operating since 1930. (Sheila Fitzgerald / Shutterstock.com)

The closure will affect 69 full-time employees and nearly 300 seasonal workers, according to a filing with the state’s jobs agency.
By Dan Niepow
August 20, 2019

The California-based company will lay off all 69 full-time employees at the peas and corn plant, according to an Aug. 20 filing with Minnesota’s jobs agency. Del Monte also will eliminate 294 seasonal jobs at the plant, the notice stated.

The layoffs are slated to start “on or around Oct. 21,” the company said. That coincides with the end of the current packing season.

Del Monte Pacific Ltd. – Del Monte’s Singapore-based parent company – on Tuesday said it plans to divest some of its U.S. production facilities, including the Sleepy Eye plant. The company is also shuttering a plant in Mendota, Illinois, and selling other facilities in Wisconsin and Texas.

“This restructuring is a necessary step for us to remain competitive in a rapidly changing marketplace,” he said.

Del Monte has been operating the plant in Sleepy Eye since 1930, says mayor Wayne Pelzel.

Pelzel says the closure caught the small Minnesota community by surprise. He first heard the news Tuesday morning. There was no advance warning from Del Monte.

“We hope that the plant is for sale, and we hope even stronger that there’s somebody interested in buying the plant,” Pelzel says. “Certainly, everybody is shocked … and saddened to hear because Del Monte is an important part of this community.”

Sleepy Eye, which is home to about 3,500 residents, has a primarily agriculture-based economy. The city also houses a large Bic plant, which likely employs more people than the Del Monte plant, Pelzel estimates.

Pelzel says it’s unlikely the city of Sleepy Eye would purchase the plant.

“I don’t think we’re equipped to take over a canning plant. … It would seem better that some other canning company would purchase the plant and continue on,” he says. “The city certainly would be there to help them.”