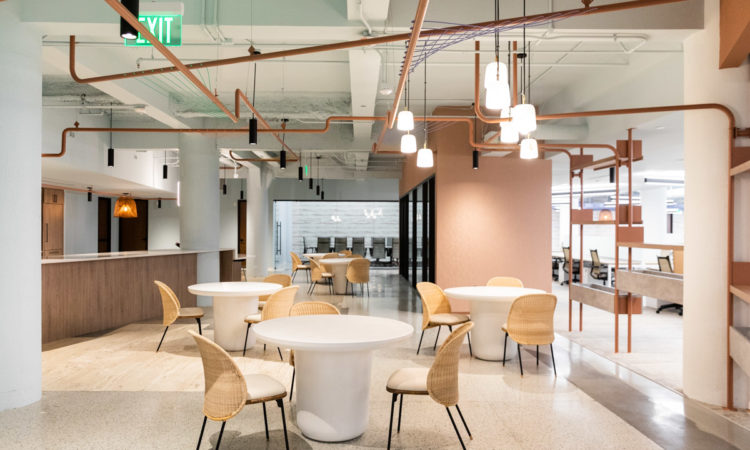 In a Hennepin County Court filing, New York-based 601W Cos. alleges that the promotion of an upcoming foreclosure sale is causing “untold and irreparable damage to our ability to attract tenants.”
By Dan Niepow
July 27, 2021

New York-based 601W Cos., developer of The Dayton’s Project, is firing back at a planned foreclosure sale of the downtown Minneapolis property.

In a July 19 filing in Hennepin County District Court, 601W managing principal Mark Karasick has asked judge Susan Burke to prevent Monarch Alternative Capital from holding an auction of the property. Monarch holds the mezzanine loan on the Dayton’s Project.

Even though 601W is technically current on the loan, Monarch has maintained that the developer is in default for failing to meet agreed-upon leasing targets. Last month, 601W sued Monarch and said it should be excused for missing leasing goals due to civil unrest and the Covid-19 pandemic. Monarch responded by promoting an Aug. 23 auction of 601W’s equity interests in The Dayton’s Project.

But, in the July 19 filing, 601W’s Karasick argues that the proposed auction is antithetical to his company’s ability to attract tenants. “It goes without saying that Monarch’s ongoing publication of the … foreclosure sale around the country (which began on July 2, 2021) is doing untold and irreparable damage to our ability to attract tenants back to the Dayton’s Property,” Karasick wrote.

He called for judge Burke to issue a temporary restraining order to stop Monarch from holding the auction.

Karasick further argues that a new owner could fundamentally change the character of the property.

“If the foreclosure sale is permitted to go forward, the Dayton’s property, as it is currently known and beloved, could cease to exist,” he wrote. “New ownership from the foreclosure sale could remove the Dayton’s name from the property or even seek to tear down the property. Monarch could also allow the control of the property to fall into someone’s hands who has no regard for the importance of the Dayton’s property and who would be willing to lease up the property to any tenants, regardless of whether such tenants would support the local economy or foster a safe and family orientated space for the community to gather and do business.”

Karasick also notes that his company is working with the city of Minneapolis to host a Nov. 15 “makers market” at The Dayton’s Project. The market, which Karasick said would bring in a “menagerie of 50 temporary vendors,” is also “imperiled by Monarch’s bad-faith conduct.”

Meanwhile, the Minneapolis Downtown Council and the Minneapolis Regional Chamber of Commerce plan to file an amicus brief siding with 601W on the matter. The organizations filed the paperwork for the brief last week, according to downtown council president Steve Cramer. The judge now needs to allow the brief to be submitted for the record, he said.

Cramer said the council and chamber are making the case that the project shouldn’t be “thrown into jeopardy based on what we view as technical default.”

He acknowledged that filing the brief is “sort of an unusual thing for us and the chamber to do.”

“But it certainly speaks to the importance of this project and the confidence and belief we have in the developer and their team,” Cramer said. “The mezzanine lender is not shy about saying their business model is to try to control what they describe as ‘distressed assets.’ We don’t think this building, in the condition that it’s in, is a distressed asset in any way, shape, or form. It’s going to be a spectacular jewel for our downtown, and we need to keep it with people who see it that way.”

The city of Minneapolis is also stepping into the fray. In a unanimous vote on Friday, the Minneapolis City Council voted to file its own amicus brief on the project, also siding with developer 601W.

Of course, it’s not entirely surprising that the city is supporting the developer. 601W partly relied on tax credits from both the federal government and the city to complete its $350 million renovation of the historic building. The developer has also been working closely with the city, the Minneapolis Downtown Council, and the Minneapolis Regional Chamber to complete the overhaul, as 601W’s Karasick notes in his own filing.

The parties all believe that the project will play a key role “in the revitalization of the central business district,” Karasick wrote.

The Dayton’s Project is still mostly devoid of office tenants. It wasn’t until March that the project finally landed its first and only office tenant.