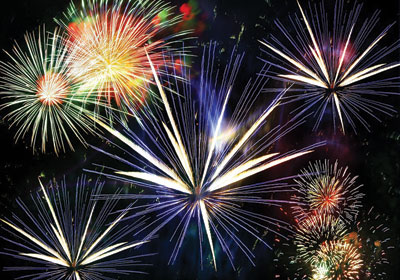 A bill allowing aerial fireworks already passed the House and could make it through the Senate. But the governor has public safety concerns.
April 24, 2016

This Fourth of July could come with a little more boom as the state House of Representatives passed a bill to allow the sales of aerial fireworks in Minnesota. But the legislation faces steep opposition from public safety officials and Gov. Mark Dayton.

HF1089—which passed earlier this week on a vote of 73 to 56—would permit the sale of aerial and audible fireworks with less than 75 grams of explosives in a single tube (or no more than 300 grams in a multi-tube). That would include many currently not permitted in the state, such as Roman candles and bottle rockets.

Rep. Jason Rarick (R-Pine City) introduced the bill last year. He said that Minnesotans are already buying the fireworks in places like Wisconsin and North Dakota, so it makes sense to sell them here to capture some of that lost sales tax. A state report last year said the bill could bring in as much as $5 million in tax revenue.

Rarick said he thinks there’s a good chance the bill will also pass in the Senate. The likely roadblock is the governor. Although Dayton said he had yet to review the specifics of the legislation, he agreed with the fire marshal’s assessment of the danger.

“It’s fine the abstract, but we’re setting standards of public behavior,” he said. “If someone blows off their own arm or a child’s arm, I think the state of Minnesota should be able to say, ‘You’re doing that illegally.’”

“The governor is the biggest hurdle for the bill,” Rarick said. If it passes the Senate, he plans to meet with Dayton to see if there is any way to address concerns to avoid a veto. “I am realistic that the chances are not very good, but it will never happen if you do not try.”

Supporters are hoping to sweeten the deal by directing some of the funds toward public safety: A separate bill has been proposed that would dedicate 25 percent of fireworks sales taxes to the state fire safety account and another 25 percent to volunteer fire assistance grants.

A failure to pass the bill in the Senate or get the governor’s signature is unlikely to staunch the flow of aerial fireworks into the state.

“We get a lot of Minnesota traffic,” Jerry Breyer, owner of Generous Jerry’s firework stores in North Dakota, told TCB last year. “They don’t want to shoot off the little stuff, so they drive to get stuff that works.”