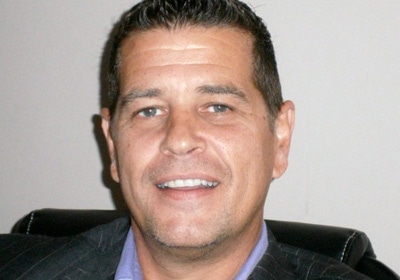 Copenhagen, Denmark-based Secunia, whose software portfolio helps corporate and private customers manage and control vulnerabilities across their IT networks, plans to open its Minneapolis office at the beginning of 2013.
November 18, 2012

A Danish IT security company said Thursday that it plans to establish its U.S. headquarters in Minneapolis, where it intends to hire new employees from the local talent pool.

Secunia, whose software portfolio helps corporate and private customers manage and control vulnerabilities across their IT networks, said that the move will help it support its growing U.S. customer base.

Neil Butchart, who was recently appointed vice president and will oversee the Minneapolis office, told Twin Cities Business on Thursday that the Copenhagen-based company is finalizing a lease for an office in the Lake Calhoun area of Minneapolis, and he expects the new office to open at the beginning of 2013.

Butchart said that the new office will initially employ about 20 people, primarily in sales and technical support positions—but it plans to double that figure by the end of 2013.

In fact, Secunia cited “the availability of significant industry resources and software expertise” as a key factor in its selection of Minneapolis for its U.S. headquarters. Butchart said that the company was attracted to the “mass of highly skilled technology executives in the Twin Cities.”

Secunia offers a free tool, called the Personal Software Inspector, to individual users for their personal computers. It identifies vulnerabilities in third-party programs that could leave PCs open to attacks and supplies computers with software security updates to keep them safe; the scanning program is meant to complement antivirus software.

Nearly 5 million users from throughout the world currently use the system, according to Butchart, who said that the free program is “a fantastic tool” for the company to attract customers to its paid Corporate Software Inspector product, which helps corporate IT networks manage security updates, among other things.

Butchart said that Secunia currently has more than 500 corporate customers in the United States and more than 4,000 globally. The company has experienced “hyper growth over the last few years,” and while the Minneapolis office will mark its first physical presence in the United States, Secunia hopes to eventually expand here with additional regional offices, Butchart said.

Secunia, which was founded in 2002, has roughly 125 employees, according to Butchart, who declined to disclose the private company’s annual revenue.

“Over the last two years, we have experienced solid and consistent growth with our vulnerability management solutions in the North American market—a third of our revenue is now generated there—and it became evident that we needed to add additional leadership and support to effectively and strategically manage and expand these efforts,” Secunia CEO Thomas Zeihlund said in a statement. “So far, we have been able to build a sustainable U.S. business out of Copenhagen, and I am confident that taking this next step and getting our feet on the ground will further support the success of our U.S. endeavor.”

Zeihlund said that Butchart has a “great track record in building top-notch customer management” and sales teams, which is “of critical importance as we look toward continued success and market leadership in the North American market.”