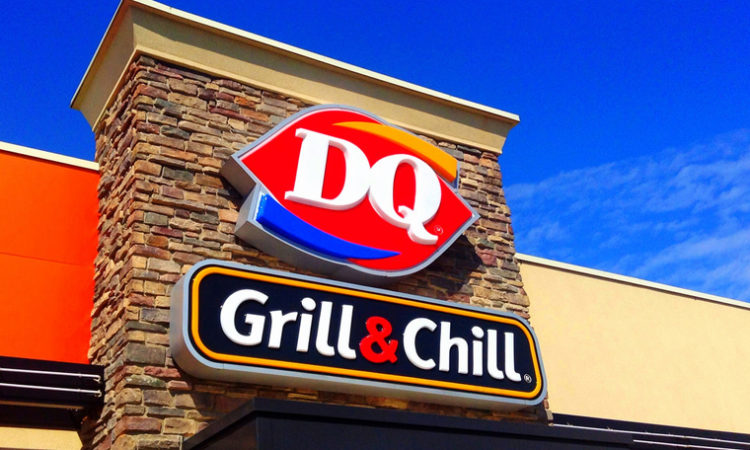 The Bloomington-based fast food chain parodied childhood songs in a recent ad campaign, but it was quickly hit with backlash for the ad’s guilt-tripping tone toward parents.
By Amanda Ostuni
July 05, 2018

A recent ad campaign launched by Dairy Queen was pulled after it was received as coldly as the blizzard treats the company is famous for.

The campaign was designed around the concept of guilt-tripping parents into working less and spending more time having fun with their kids—a la a trip to DQ—but the concept didn’t sit well with consumers.

The multi-ad campaign, which was created by St. Louis-based agency Barkley, was dubbed #SummerSkipDay and featured a children’s choir, the Skip Day Soft Serve Singers, singing songs with guilt-trip themed lyrics to the tune of classic children’s tunes. The first and only ad released before the campaign was killed was a spin on the song “Frere Jacques.” It dropped on June 21, received 10,000 views in 24 hours and, as USA Today reported, was pulled four days later.

One of the sharpest criticisms came from an author on WorkingMother.com. “Because making parents feel bad for working hard to make sure their kids have a roof over their head and food on the table is fun, right?” wrote Maricar Santos.

The lyrics to the released song that rubbed Santos and others the wrong way went:

“Are you working, are you working, Mom and Dad? // Of course you are // Summertime’s a-calling, Blizzard treats are calling // But you’re gone, always gone.”

It went on to suggest the kids are being dumped on neighbors by absentee parents who are too busy working.

Mike Caguin, chief creative officer of the Minneapolis-based agency Colle McVoy weighed in on what went wrong with the ad concept. He says that the guilt-trip tactic is not uncommon in the advertising world, but there were three reasons he thinks DQ’s use of the tactic backfired.

“One, it came off as tone deaf,” says Caguin. “There are a lot of parents out there who are struggling to make ends meet and so they’re working harder out of need, not out of desire.”

“The second thing is it is audience shaming, and that’s usually not a good idea to make your customers feel terrible about themselves or embarrassed about themselves,” Caguin adds.

The third strike for the ad campaign, says Caguin, is that the harsh, direct approach wasn’t in line with DQ’s established brand permissions. Caguin explains that brands all have their own set of permissions the public has granted them based on the relationship formed between company and customer and the precedent of past ad styles. DQ’s brand is light-hearted fun, and the company is rooted in Midwestern values compatible with middle class America, says Caguin. But this ad was edgier than DQ’s brand.

For example Taco Bell skews toward a younger audience, so they can afford to be edgier than DQ, and Wendy’s social media account is snarky, but they’ve built that into their brand so it’s accepted.

“Dairy Queen has never really done [edgy] before, and so they’re not allowed to do that,” says Caguin. “They need to ease into that if they’re to go down that route.”

He thinks Dairy Queen might have felt that the cute kids in the choir and the softness in their voices would offset the bite of the brutal lyrics enough to maintain a light-hearted tone for a serious, unsavory message.

Based on what Katy Hornaday, executive creative director at ad firm Barkley, told Ad Week in an article published before the wave of backlash hit, Caguin isn’t wrong.

“The challenge was how to get a nation of parents to take a day off? The answer: guilt,” said Hornaday. “Sweet, melodic, in-your-face guilt. We got an adorable children’s choir to sing classic songs with a twist.”

But Caguin says the lyrics were just too harsh for the cuteness of the kids to make the medicine taste like sugar.

“How they delivered the message obviously was a little sharper than they wanted it to be,” says Caguin. “I think if they softened the lyrics they probably could have had less risk in terms of upsetting people but be as effective in reaching and breaking through to them.”

For its part, Dairy Queen has apologized for the misjudgment. Company spokeswoman Bri Bauer told USA Today that the ad didn’t convey the intended focus of the campaign: to encourage people to take time off work this summer.

In fact, a DQ press release previewing the campaign did stress the idea of taking time off. It cited a study by Project: Time Off that found 25 percent of Americans did not take a vacation in 2017. As Caguin notes, that sympathetic, time-off-is-important angle just isn’t exactly what the ads conveyed.

“From a PR perspective,” says Caguin, “they can have that platform with the media to say, ‘we apologize for what we did, that was not our intent… moving forward, you won’t see messaging like that from a brand like ours.’”

Caguin said DQ’s taken the first steps in apologizing, listening to the criticism from customers and promptly pulling the ads. The company’s next course of action, he says, should be to make sure they get new messaging out that’s more appropriate.

“[They can] make sure their next messages out there—whether it’s in TV or social media—demonstrate the personality and those brand permissions that DQ has,” says Caguin. “Actions speak louder than words.”