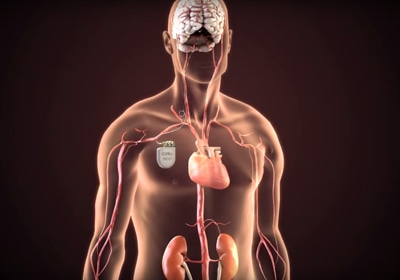 The medical device company also has another $25 million in the pipeline pending “the company’s achievement of a certain milestone.”
July 01, 2016

CVRx has secured $46.5 million in venture capital financing from 17 unnamed investors, bringing the Minneapolis med-tech company’s total equity funding to over $237 million in 5 rounds, according to CrunchBase.

In a recent SEC filing, CVRx said it is pursuing $85 million in its latest funding round, meaning the company is halfway to its goal. Another $25 million has already been subscribed by existing backers, however, the sale of those securities won’t close until “the company’s achievement of a certain milestone.”

CVRx did not identify the milestone in question, but it may involve its Barostim Neo device, an implantable neuromodulator used to treat high blood pressure and heart failure. The device has already gained CE-mark approval and, last November, was accepted into the FDA’s Expedited Access Pathway program, which accelerates the approval process for innovative devices that offer treatment for conditions with no alternative treatment options.

Neuromodulation, a type of therapy that restores function to parts of the body by treating nerves directly, has been gaining traction within the cardiology field. Currently, no other company offers a cardiac-focused neuromodulator like the Barostim Neo, which could prove to be commercially promising for CVRx.

Scientists are actively testing the device in a 310-patient pivotal trial. The completion of the study is estimated as September 2017.

In the meantime, CVRx will be pursuing the remaining $13 million in its Series G funding goal. Investors in the company’s previous funding rounds have included Johnson & Johnson Development Corporation, Silicon Valley Bank and New Enterprise Associates.