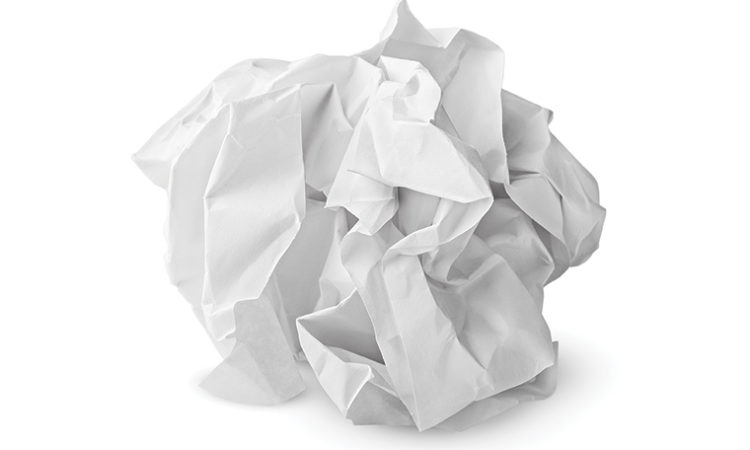 Business-model disruption can be planned for.
By TCB Staff
June 20, 2019

Joseph AloÃ¯s Schumpeter, the patron saint of entrepreneurs, describes in Creative Destruction the messy way free markets deliver progress. He argued that entrepreneurs introduce innovations by creating new combinations using technology or a new method of doing business that often ends up destroying existing businesses, products, and careers. This is the price of progress.

When was the last time you bought anything with cash? Cash was dethroned by checks as a payment form for our daily needs. While it was convenient for the consumer, it was a pain for those who received them.

Elloyd Hauser founded a company in 1982 to offer check processing and depository services to organizations that received high volumes of low-dollar checks. The company continued to evolve and added solutions to payment services, and changed its name to Solutran Inc.

With credit cards, and now electronic payments, we write very few checks today. Check-writing volume has been declining by a rapid 10 percent per year. As a leader in the field, Solutran was feeling the pain. In spite of taking over business from competitors, its volume continued to drop. The company had to reinvent itself or perish. So Elloyd handed over the keys to the next generation to transform the company.

While Solutran still provides solutions in the check processing industry, it radically reinvented its business model. The future emerged in the electronic benefits transfer (EBT) industry. The company’s 30-year processing experience had prepared it for success in this new arena. To augment its expertise, it acquired a division of MoneyGram International in 2009 that strengthened the company with state agencies, grocers, pharmacies, and retailers.

Today, its experience spans all EBT offerings, including for government programs Women, Infant and Children (WIC) and Supplemental Nutrition Assistance Program (SNAP) (what used to be known as food stamps), and several private-sector programs.

Solutran has developed a technology loyalty platform based on its experience with EBT. The knowledge and experience gained with EBT allowed it to internally develop a new derivative platform for private-sector programs such as loyalty programs.

Targeted products are loaded into a member’s account with applicable rebates at participating retailers. On purchase, these rebates are automatically credited into that account. This platform has been customized to provide nutritious items for people who are food-insecure and for other populations. Members get discounts on healthier foods from partner brands and grocery retailers without clipping or downloading coupons. Medica was the first health insurer to implement such a plan, and now a dozen health plans have installed this platform.

Entrepreneurs can create a new and better offering by simply rejiggering well-honed components from the previous cycle.

Healthy Benefits Plus, another program on its platform, reduces misuse by authorizing only those over-the-counter products that are approved. Anthem launched the largest program to date, in a nationwide partnership with Walmart.

Similarly, the evolving needs of clients led to a program called Healthy Rewards that allows health plans to offer incentives for specific behaviors such as completing an annual physical or hitting 10,000 steps for the day.

To date, Solutran 2.0 has supported over 50 different EBT programs for states, territories, and tribal nations that require high-volume consumer transaction processing. Having learned its lesson, Solutran 3.0 will be prepared.

Another example of the perishability of business models is in the mattress industry. While the traditional sales chain was through large company stores, many online-only mattress brands have disrupted that model.

Ben Trapskin’s own exposure in buying mattresses online was unsatisfactory. He wanted to stretch out on one before buying this expensive item. Based on his experience, he started a blog to review online-only mattresses. He even contracted to create new testing tools for more objective data. The blog became a hit.

Mattress firms were shutting down brick-and-mortar stores, due to the rise of the internet-driven direct-selling model. But soon high customer acquisition costs, costly returns, pricey shipping charges, and the sheer number of competitors proved a chink in the online armor. Some started selling through stores, either their own or those of existing retailers.

Trapskin left his job as a librarian and opened Sleep Sherpa, the only brick-and-mortar multibrand showroom in the country that only demonstrates online mattresses. Trapskin acts as a guide. Orders are taken in the showroom or via the brand’s website, but no mattresses are stocked. Commissions are earned when visitors make a purchase. No new technology was introduced, and yet an entirely new model was created.

His first store opened in Minneapolis in 2016, and with the growth he added another in Chicago in 2018. He has now expanded to reviews of pillows, sheets, and sleep gadgets.

Entrepreneurs can create a new and better offering by simply rejiggering well-honed components from the previous cycle. This way, they can postpone or avoid the business-model destruction always on the horizon.