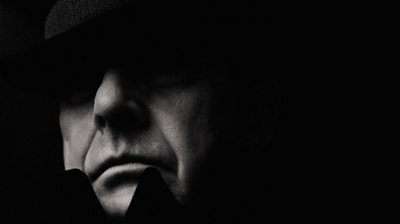 Spy gear is everywhere. Should your business beware?
April 01, 2011

We’ve grown used to the fact that surveillance cameras are watching us a good deal of the time. In stores and building lobbies, at gas pumps and ATM machines, on city sidewalks and freeways, Big Brother is there. The alarms that civil libertarians once raised about the prevalence of surveillance have gone mostly silent in the face of public resignation. We don’t think much about those cameras. They may even make us feel safer.

Many workplaces are also keeping tabs on property and people. By 2007, about half of all companies in an American Management Association survey were using video monitoring “to counter theft, violence, and sabotage.” Two-thirds were monitoring their employees’ Web site visits, and close to half tracked actual keystrokes and time spent at the computer.

“Between cameras and computer monitoring, employees today are under observation more than ever in history,” says Dan Seman, CEO of Minneapolis security consulting firm Avalon Fortress Security. “A week doesn’t go by when I don’t recommend to a client that they upgrade their video system.”

Those cameras are much better, and much cheaper, than they were only a few years ago. “For the kinds of cameras you see in convenience stores, quality has gone up 500 percent and the price has dropped a lot,” says private investigator Scott Hielsberg, CEO of Talon Investigation of St. Paul.

These powerful technologies can protect a company and its employees. And most of the video cameras that watch us from day to day are unobtrusive but not hidden. But the same quality-price dynamic applies also to covert surveillance gear, which can come in video, audio, and digital forms. And the use of hidden monitoring gear is requiring businesses to be even more vigilant in regard to their own security.

Give the credit or blame for the rapidly rising quality and fast-falling prices of covert surveillance gear to Moore’s Law. Intel cofounder Gordon Moore once calculated that the number of transistors that can be placed on an integrated circuit doubles about every two years. That means that device manufacturers can pack more processing power into tinier devices. That power has allowed cell phones to double as cameras and to record people talking steps away. Lenses and microphones have gotten smaller, without losing any visual or sound quality.