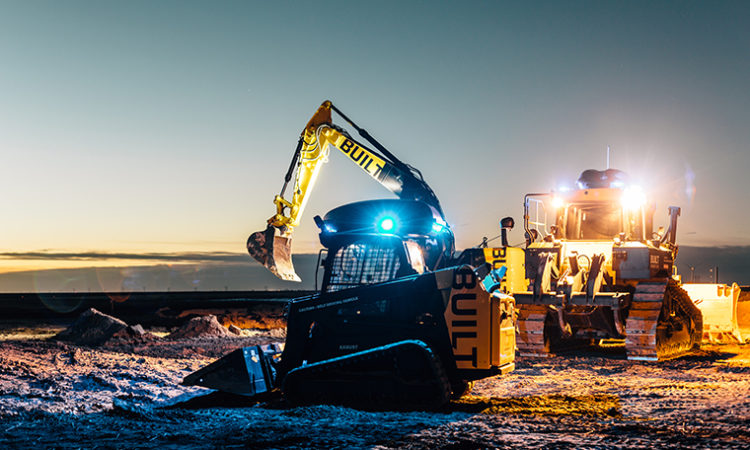 Mortenson plans to use Built Robotics' technology on wind and solar farms throughout the country. (photo courtesy of Built Robotics)

Construction Robots: Can You Dig It?

Do robots have a future in the construction industry? Golden Valley-based Mortenson, one of the 20 largest builders in the U.S., is embracing the robotic future through a new strategic partnership with San Francisco-based Built Robotics.

Mortenson has already used Built Robotics’ equipment on three projects and has plans for more in the pipeline. Mortenson announced the partnership at the Engineering News-Record’s FutureTech conference, a construction technology forum held this week in San Francisco.

Mortenson is deploying Built Robotics technology on wind farms and solar farms throughout the U.S.

Covering hundreds of acres, sites for those projects are typically in remote locations where it can be tough to find qualified workers. Robotics technology offers one solution to the construction industry labor shortage, though Mortenson isn’t using Built Robotics on projects in urban areas.

“Our wind and solar projects are far away from workforce centers,” says Sellman. “These remote jobs they are tough for us to staff.”

The partnership brings together old school industry experience with the technology of a fledgling company. Mortenson is a venerable firm, founded locally in 1954. Forbes magazine estimated Mortenson’s revenue at $4 billion on its 2018 list of America’s Largest Private Companies.

Built Robotics is a startup company, founded in 2016. Founder and CEO Noah Ready-Campbell is a former Google engineer. The company has raised $15 million in financing so far. Built Robotics has already attracted a fair share of national media coverage. According to its web site, the company currently has 30 employees.

Built Robotics will start training Mortenson equipment operators and mechanics this summer on the new technology.

As part of the partnership, Mortenson will work with Built Robotics on fine-tuning the technology to meet the contractor’s needs on a construction site.

“We want to be an early adopter of this technology,” says Sellman. “We have a tremendous pipeline of this renewable energy work.”