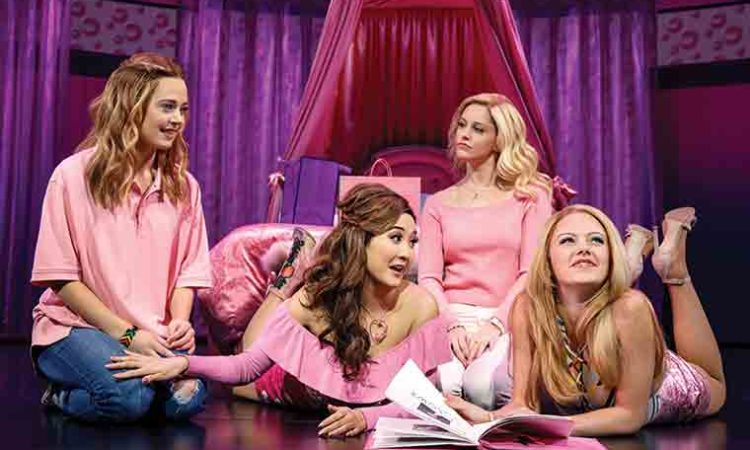 Now that it's theater season in the Twin Cities, what better way to entertain your VIP clients than with a performance at one of our world-class venues.
By Melinda Nelson
October 05, 2019

On Broadway
Take your funniest clients to our local Broadway debut of Mean Girls at the Orpheum Theatre. Produced by Lorne Michaels of Saturday Night Live, the hilarious musical comedy follows Cady, a new girl at North Shore High School who falls in with a pack of frenemies. Oct. 1–13 (including Oct. 3, unofficial Mean Girls Day in the U.S.), hennepintheatretrust.org

In the Jungle
For an amusing and high-spirited evening, get tickets to Ride the Cyclone at the intimate Jungle Theater. Directed by award-winning artistic director Sarah Rasmussen and hosted by Karnak, a mechanical fortune-teller, the tragicomedy-meets-musical tells the stories of six teenagers from a Canadian chamber choir who die in a freak accident on the Cyclone, an amusement park roller coaster. Through Oct. 20, jungletheater.org

On Pointe
Impress a balletomane with an invitation to see Swan Lake by the Russian Ballet Theatre at the historic State Theatre. Built in 1921, the opulent Italian Renaissance-style theater makes a stunning backdrop for this elegant interpretation of Tchaikovsky’s masterpiece. Choreographed by Nadezhda Kalinina, the ballet features hand-painted sets, hand-sewn costumes, and makeup by Irina Strukova of Crazy Rich Asians fame. Oct. 24, hennepintheatretrust.org

On Stage
For an evening infused with faded Southern charm, see The Glass Menagerie at the Guthrie Theater. Directed by Joseph Haj, Tennessee Williams’ poetic memory play stars Jennifer Van Dyck as Amanda Wingfield, an aging Southern debutante trying to maintain her dignity during the Great Depression, Remy Auberjonois as her aimless son Tom, and Carey Cox as Laura, her unmarried daughter. Through Oct. 27, guthrietheater.org

In the Round
For an only-in-Minneapolis experience, take your out-of-town clients to Theatre in the Round, one of the Twin Cities’ oldest theater companies. The arena-style venue is a fascinating place to watch this beach-blanket riff on Comedy of Errors, Shakespeare’s classic tale of a pair of long-lost twins, complete with a surf-rock soundtrack. Oct. 11–Nov. 3, theatreintheround.org