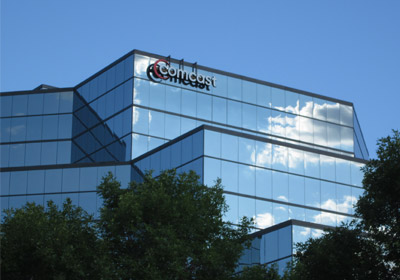 Comcast To Stay In St. Paul, Spend Millions On Renovation

The giant cable provider said its new lease at its St. Paul office is effective through 2024, and the company is investing millions into refurbishing the space this month.
February 01, 2014

Comcast announced Wednesday that it is renewing its lease for its local headquarters in St. Paul and is planning a multimillion-dollar renovation of the space.

The Philadelphia-based broadband provider’s new lease for its 125,000-square-foot building at 10 River Park Plaza is effective through 2024.

The company said it houses more than 700 employees at the local headquarters. Comcast has an additional 1,300 employees throughout Minnesota at various call centers, technical operations centers, and payment centers.

“With the original lease at 10 River Park Plaza nearing its expiration date, we looked at several buildings in the Twin Cities metro area as possible locations and time and again, our current location featured several traits that made it the ideal final choice,” Jeff Freyer, regional vice president for Comcast Twin Cities region, said in a statement. “We will make a multimillion-dollar renovation investment in this location to bring an entirely new look and feel to our workplace to meet our needs both now and in the future.”

Comcast spokeswoman Mary Beth Schubert declined to disclose specifically which other properties Comcast considered relocating to but told Twin Cities Business that the company did a thorough analysis of many urban and non-urban settings.

According to Schubert, Comcast didn’t receive any incentives from St. Paul or state to entice it to stay in St. Paul. The company said it chose to stay due to easy access to public transportation—with a bus stop at its front door, nearby light-rail access, free parking, and a centralized metro location. The company also said that its current location is highly visible on the riverfront and is “largely known by people as the ‘Comcast’ building.”

“Today’s announcement is good news for St. Paul,” St. Paul Mayor Chris Coleman said in a statement.  “I am encouraged that Comcast’s decision was driven in part by investments in much-needed infrastructure near their headquarters location.”

Schubert said the company couldn’t provide the specific cost of the investments because an exact number had not been determined yet. But the company said the renovation plan calls for “major improvements in all workspace areas, including new workstations, redesigned break rooms, conference rooms, a product demonstration lab, and a new lobby.”

Comcast will also install a new heating and air conditioning system and build a new open space for work collaboration and new “wellness” rooms for employees to enjoy a quiet area. It’s also replacing its old Comcast sign with one that will feature the new Comcast logo.

The renovations will begin in the coming weeks, Schubert said, and are expected to be completed this fall.

Comcast said it has made renovations and expansions at several of its Twin Cities facilities in recent years, including the opening of a call center operation in Minnetonka, and improved technical operations centers in Brooklyn Park, Mahtomedi, and Woodbury.