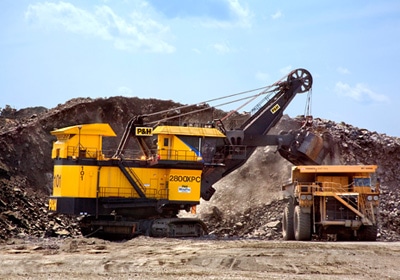 Cliffs to Cut Production at MN Mine, Lay Off 125

The Cleveland-based company will idle two of the four production lines at its Northshore operations in Minnesota while also reducing iron ore production elsewhere; the company said the changes are meant to “align with expected sales volumes.”
November 29, 2012

Cliffs Natural Resources, Inc., announced Monday that it will idle portions of its U.S. iron ore operations—a move that will affect about 125 employees in Minnesota.

Cleveland-based Cliffs said that, in early January, it will idle two of the four production lines at its Northshore Mining subsidiary, which operates a mine near the northeastern Minnesota town of Babbitt and a production facility near Silver Bay.

Cliffs spokeswoman Sandy Karnowski told Twin Cities Business on Monday that the company has not yet determined which jobs will be cut, but they will affect positions at both the mine and production facility. Northshore currently has about 670 employees, she added.

In addition to reducing production in Minnesota, Cliffs said it will temporarily idle production at its Empire Mine in Michigan beginning in the second quarter of 2013, affecting 500 jobs there. It will also delay portions of a planned mine expansion in Quebec.

Cliffs said that the changes to its iron ore business are meant to “align with expected sales volumes,” and they are driven by “increased iron ore pricing volatility and lower North American steelmaking utilization rates.”

“Unfortunately the U.S. iron ore production curtailments will affect many of our employees,” Laurie Brlas, Cliffs’ president of global operations, said in a statement. “However, at this time, we believe it is prudent and necessary to match our production volumes with market demand.”

The company said that it will “remain operationally flexible” in order to be able to “ramp up production volumes throughout the year if the demand increases.”

In Minnesota, “the plans are to restart lines when market conditions improve,” Karnowski said; it’s unclear at this point, however, how many of the 125 laid-off workers would return to work if production resumes.

“Disciplined capital allocation is core to our operating strategy, and reducing higher cost production will enhance our financial flexibility in both the short and longer term,” Cliffs Chairman, President, and CEO Joseph Carrabba said in a statement.

Cliffs has about 2,000 employees in Minnesota, according to Karnowski. In addition to its Northshore operations, the company owns and operates United Taconite, which has a mine in Eveleth, and it’s part owner of Hibbing Taconite in Hibbing. The company recently announced that it ratified a new 37-month labor contract with the United Steelworkers union, which covers about 2,400 United Steelworkers-represented workers, including those at United Taconite and Hibbing Taconite.