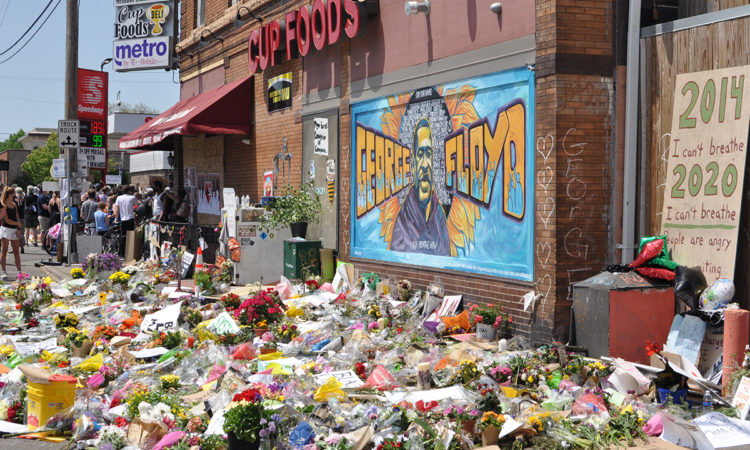 A shot of the George Floyd memorial in early June. Mike Novak

Surveys to be sent to area residents and business owners.
By Burl Gilyard
February 12, 2021

The city of Minneapolis is working towards reopening the intersection of 38th Street and Chicago Avenue in south Minneapolis, the corner where George Floyd was killed in May 2020. The intersection has been closed since then; neighbors and others filled it with art and memorials in what became a community gathering space.

“It was, in and of itself, a beautiful thing,” said Minneapolis Mayor Jacob Frey of the tributes to Floyd.

But in recent months, Frey said, the situation in the neighborhood has been deteriorating. Barricades that were originally set up to block the intersection and protect people are now being used as “screens for illicit activity,” said Frey.

“The situation at hand is not sustainable,” said Frey. “I know there’s a great deal of frustration in the community.”

Frey added that the city has been hearing numerous complaints for neighbors in the area. He shared part of one from November: “Do something, anything. More gunshots last night. Getaway cars driving at 40 miles an hour.”

The city has now outlined two options for reopening the intersection. Before moving forward, the city is sending out surveys to area residents and business owners to determine which option the community prefers.

In the first option, the fist sculpture at the site would be moved north of the intersection. That strategy would make for smoother intersection operations and would make it safer for members of the public to get close to the sculpture.

The second option would leave the fist sculpture where it currently sits: in the middle of the intersection. Under that plan, the city would create a roundabout at the intersection. That could have a traffic calming effect but would also increase the risk of vehicles hitting the sculpture.

Both options preserve the George Floyd Memorial, a garden, and a greenhouse as public space.

The city has already committed more than $10.5 million towards the cause of “racial healing” in the 38th and Chicago area.

The intersection will remain closed during the trial of former Minneapolis Police officer Derek Chauvin, who is charged with second-degree murder and second-degree manslaughter in Floyd’s death. The trial is slated to begin on March 8.

“We know that 38th and Chicago will be an important gathering place,” said Frey. 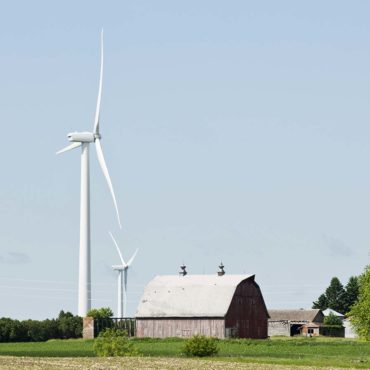