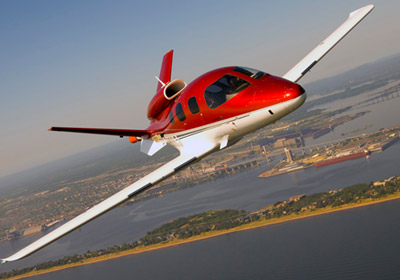 Cirrus Aircraft is one of several companies that is boosting headcount in Duluth.
March 01, 2013

After receiving an injection of cash from its new owner, Cirrus Aircraft has reportedly ramped up hiring—and plans to hire additional workers—to support development of its first-ever single-engine jet.

The company has hired 50 people in Duluth during the past six months to help develop the new Vision Jet, boosting total headcount in the city to about 500, according to a report by the Duluth News Tribune.

Cirrus built a prototype of the Vision Jet in 2008, but development slowed as the company lacked cash and had to downsize amid an industry-wide downturn. In 2011, Cirrus was sold to China Aviation Industry General Aircraft Company, Ltd., and its new owner subsequently made a major investment in the project, which put development back on track. Cirrus said last year that it expected the investment, which reportedly totaled nearly $100 million, to lead to additional hiring.

Cirrus, which makes high-performance single-engine piston aircraft, recently announced that demand for its existing products increased in 2012, and the company was also recently selected to supply the French Air Force with aircraft for its training fleet. The company reportedly hopes to begin delivering its Vision Jet by 2015.

News of Cirrus’ hiring spree is one of many recent indicators of a strengthening Duluth economy. Altec HiLine, a manufacturer of bucket-lift devices that are mounted on trucks, is currently awaiting approval for a $250,000 forgivable loan from the state that would aid its planned $1million expansion in Duluth, which involves 85 new jobs.

Meanwhile, hometown company Maurices, a women’s clothing retailer, has been growing its employee base and has outgrown its headquarters. It plans to move to a new $80 million office building in downtown Duluth in 2015. And an expansion by Wood Dale, Illinois-based aircraft repair company AAR Corporation could bring about 225 jobs to the city.