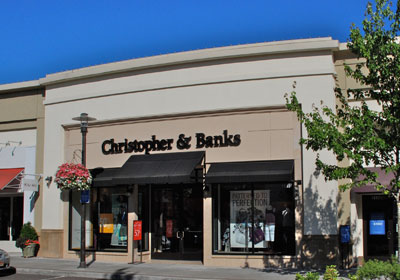 The women’s retailer has yet to find a winning formula to improve its woes.
September 09, 2016

Christopher & Banks continued to struggle during its second quarter as sales slumped and the company reported losses.

The Plymouth-based women’s retailer reported net sales of $89.9 million for the quarter ending July 30, a more than 4 percent drop from the $94 million reported during the same period last year.

And while the first half of fiscal year 2016 looks paints a rosier picture for the company’s net sales—they rose to $190 million from $187 million during the first two quarter last year—it was more than offset by rising expenses, resulting in a steeper net loss.

CEO LuAnn Via attributed the poor performance to lagging outlet sales, the transition to a new e-commerce platform, a change in the timing of a customer appreciation event and merchandise that failed to entice shoppers.

“Results for the second quarter were below our expectations and we acknowledge that the significant changes we have made for the long term have led to some sales volatility in the short term,” Via said in a statement. “While we expect the retail environment will continue to be challenging, we are confident that the actions we are taking will drive consistency in sales growth and expanded profit margins for the future.”

Though Via predicts future sales growth, the company appears to be tapping the brakes on any near-term expectations: It expects sales in the upcoming quarter to barely budge from the same time last year, gross margins to stay effectively flat and total square footage to fall by just shy of 4 percent.

Following the quarterly release, the company's stock fell by more than 20 percent mid-day Tuesday to $1.65 after closing Monday at $2.08.