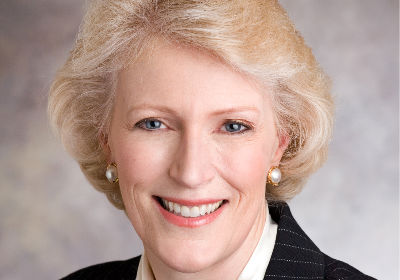 This will be the sixth board on which Rautio will now serve.
December 19, 2014

Carlson CEO Trudy Rautio will add another line to her resume under service as a corporate director: Wayzata-based Cargill announced this week that it elected her to its board, the sixth on which Rautio now serves.

Rautio has been a senior executive at the Minnetonka-based travel and hospitality giant since 1997 and became president and CEO in 2012 after serving as executive vice president and chief financial and administrative officer there since 2005.

“We are delighted that Trudy is joining Cargill's board. Her strong financial background, depth of global business experience and leadership qualities make her a wonderful addition to the board,” Cargill Executive Chairman Greg Page said in a news release.

Rautio was named a TCB Outstanding Director in 2013 for her service on the St. Paul-based Securian Finacial Group board as it navigated the 2008 financial crisis.
She is also a director at Carlson, the Travel and Tourism Advisory Board to the U.S. Department of Commerce, Donaldson Company and the Bemidji State University Foundation.