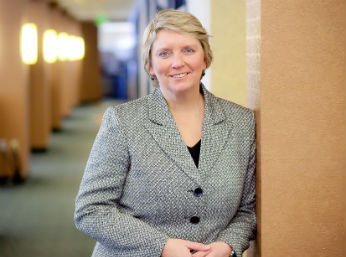 Just three weeks after announcing her campaign for political office, Sona Mehring, CEO of nonprofit CaringBridge, said she has left the race and will remain at the organization that she founded.
May 05, 2013

Less than a month after announcing plans to step down from her role as CEO of CaringBridge in order to run for congressional office, Sona Mehring has dropped out of the race for U.S. Congress in Minnesota’s Second Congressional District.

When announcing her plans to run for office, Mehring said that the board of CaringBridge—an Eagan-based nonprofit that provides an online network and forum for individuals struggling with health issues—had begun conducting a search for her replacement.

But she now plans to remain with the organization, which she founded in 1997.

“After considering stepping away from CaringBridge, I realized I have more work to do at this great organization,” Mehring said in an open letter that was posted on CaringBridge’s website on Wednesday. “Continuing my work here will allow me to impact so many lives when it is needed most. It’s where my passion lies.”

In an e-mailed statement, Mehring said that she will return the monetary campaign contributions she has received.

Mehring planned to run as a Democrat in the 2014 race for the Second Congressional District, which spans the southern Twin Cities metro area as well as most of Scott and Dakota Counties, and parts of Goodhue and Wabasha counties, among others. U.S. Representative John Kline, the incumbent against whom Mehring was planning to run, announced Friday that he will seek a seventh term.

A CaringBridge spokeswoman told Twin Cities Business that Mehring does not currently plan to re-enter the Second Congressional District race. However, Mehring said in a statement that she “will continue to find ways to work towards a better, more productive, more representative Congress.”