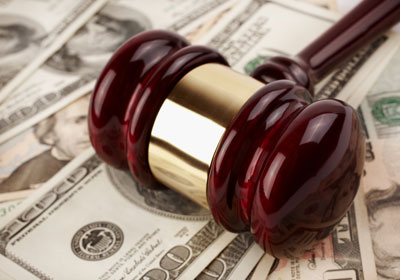 A shareholder is suing the company for compensation on claims that executives devalued CSI’s stock value by 70 percent.
May 23, 2016

A Cardiovascular Systems Inc. shareholder sued the company this week alleging its management—including former CEO David Martin who passed away May 1—had artificially inflated the company’s value through an off-label promotion scheme.

The latest suit against New Brighton-based CSI comes from Caroline Paradis, the same shareholder who also opened a class action suit against the company this February. In the previous case, Paradis claimed the company mislead investors with the off-label scheme and ultimately caused CSI’s stock to devalue by 70 percent.

Her latest suit has added the claim that CSI executives “unjustly enriched” themselves by selling off portions of their stock, while the company’s board allowed the sale of over five million shares at artificially inflated prices.

In the Paradis case filed Tuesday at the U.S. District Court for Minnesota, eleven CSI executives were named for alleged abuse of control and gross mismanagement. Paradis alleges many of the eleven CSI executives “received ill-gotten gains from insider sales netting proceeds of almost $38.7 million.” Most notably, former CEO Martin cashed in $16.6 million worth of shares and CFO Laurence Betterley sold $4 million in stock between September 2011 and January 2016, according to the filings.

In a SEC filing from Thursday, CSI said Paradis’ most recent lawsuit “is without merit and [the company] intends to defend itself vigorously.”

Last March, the company said it had reached an $8 million settlement over a False Claims Act case from which the Paradis suit derives from. On Thursday, a federal judge in North Carolina extended the negotiation deadlines from May 15 to June 29 so that settlement documentation could be completed.

If that settlement agreement is consummated, CSI said the FCA claims should be dropped. Those claims included supposedly coaxing physicians to use its orbital atherectomy devices by offering free training programs, product trades for referrals to market to third-party physicians, and “sham…payments for high-prescribers and others whom CSI sought to cultivate.”

In the company’s third quarter report last month, CSI surpassed Wall Street expectations. However, the company said it planned to shed 8 percent of its staff (roughly 45 to 50 positions) as part of a restructuring measure.