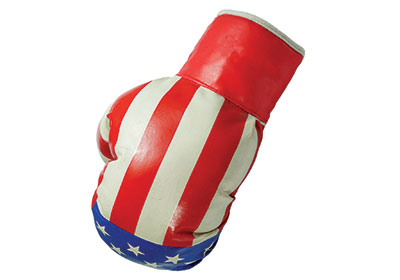 Partisan rancor yielded a do-nothing legislative session in 2016, yet leaders of Minnesota’s two most prominent business organizations contend that divided government will produce better results in 2017.

In separate interviews, Doug Loon, president of the Minnesota Chamber of Commerce, and Charlie Weaver, executive director of the Minnesota Business Partnership, say DFL Gov. Mark Dayton is thinking about his legacy and will want to rack up accomplishments. Now that Minnesota Republicans control both legislative houses, the business leaders say the GOP must show voters they can govern. The session will be crucial for GOP and DFL legislators who want to run for governor in 2018.

Against that political backdrop, Weaver says transportation funding tops the priority list for the Business Partnership. “With Southwest [LRT] out of the way as an obstacle, I think the governor is anxious, [as are] Senate members, to get something done,” Weaver says. Some general-fund dollars should be used for a comprehensive transportation package, he says.

“The current blend of [transportation] funding sources is not increasing with demand,” says Loon. Part of the solution, he contends, is dedicating the sales tax on auto parts and rental cars to transportation projects. The Minnesota Chamber supports transit funding to help workers get to Twin Cities’ area workplaces, Loon says. But the Chamber favors a metro-based funding mechanism for it.

Both business groups will push for a “preemption” statute—a response to Minneapolis and St. Paul addressing wage, work rule and sick leave measures at the municipal level. The Chamber is suing Minneapolis over its sick-leave ordinance, but Loon and Weaver say a new state law is important to ensure uniform employment laws across Minnesota.

“This is a backbreaking problem for both large and small businesses,” Weaver says. “To have a patchwork of laws that they are expected to comply with that vary from city to city . . . is an HR nightmare and causes all kinds of expense.”

A key Chamber goal will be reducing the overall tax burden on Minnesota businesses, including reforming the individual tax code and statewide business property tax. Education policy is a major priority for the Business Partnership. It favors mayoral control of the school districts in Minneapolis and St. Paul. “It can be a great way to bring accountability and change into a failing school district,” Weaver suggests.