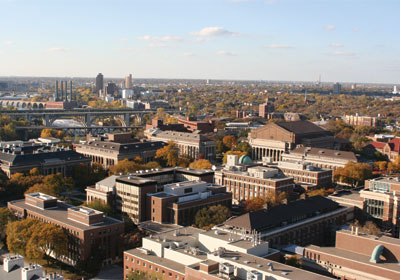 Can An Investment Fund Make Minnesota A Medtech Mecca?

Two DFLers propose spending millions to help the state compete with the likes of California and Massachusetts.
April 23, 2016

If Minnesota really wants to realize its long-held dream of becoming a national hub for medtech and biotech research and to benefit from the high-paying jobs that could spawn, it needs a well-funded, long-range commitment from the state — and what better time to do that than with a $900 million budget surplus in hand?

At least that’s reasoning of the current DFL House leaders and one of his predecessors, Margaret Anderson Kelliher, backing a bill that would commit $500 million in one-time surplus funding to set up the Innovation, Research and Development Fund, designed to remedy what they see as a chronic underfunding of R&D efforts in Minnesota, both in healthcare-related fields and other high-tech endeavors.

Under the bill introduced last month by House Minority Leader Paul Thissen (DFL-Minneapolis), a further $500 million in capital bonding capacity over a 10-year period would be created to build labs and other physical requirements needed to establish the state as a rival to such R&D hotspots as Massachusetts and California.

In addition to the $1 billion total in funding and borrowing, another key part of Thissen’s bill is a provision to establish an independent, statewide research and development authority to oversee the fund. Its advisory board would include permanent spots at the table for such R&D powerhouses as the University of Minnesota and the Mayo Clinic. The idea is the new body would be able to coordinate R&D funding and back spin-off commercialization in a coordinated and long-term way for the first time in the state.

Realistically, Thissen’s proposal—which is strongly backed by the Minnesota High Tech Association—is unlikely to make it out of the House as-is, or even at all, at least in the current short legislative session. Republicans who control the chamber are seeking to use most of the surplus to cut taxes and to fund a transportation bill without raising the gas tax. Gov. Mark Dayton, meanwhile, is proposing to use the surplus to fund his own priorities, such as middle-class tax cuts and voluntary pre-kindergarten programs.

But Thissen says it’s important to plant the idea that the state’s long-term economic future may depend on building on its existing strengths in R&D though state investment, which has been sorely lacking in comparison to even neighboring states like Wisconsin and Iowa, much less industry leaders such as Massachusetts.

“I was really surprised when I found out that only 6.8 percent of Minnesota’s public investment dollars goes to research and development, while Wisconsin invests 35 percent and the national state average is 26 percent,” he told TCB. “Probably one reason for that is we only have one public R&D institution—the University of Minnesota—and the state has been systematically disinvesting in the U over the course over several years.

“What inspired me to move ahead with this bill was a visit to Boston and seeing how the medtech and biotech companies there have built a community that has become a self-perpetuating ‘place to be’ for researchers, funders and investors. In Minnesota, we have a great medtech industry and other things we can build on, but we need public dollars to fund start-ups and create that kind of ‘community.’”

His contention is that if the state really wants to get some lasting results from a one-time windfall like the current budget surplus, it should invest it something that will ensure its long-range economic health, such as the building a world-class R&D community.

Indeed, if all its provisions were implemented and fully funded, the Innovation, Research and Development Fund would no doubt have a profound effect on the state’s medtech and biotech community. Among its missions would be to provide grants and loans “to assist in commercialization and start-up capital for early-stage companies,” thus filling in a gap created by a historic reluctance of coastal venture capital firms to invest in Minnesota-based startups.

Margaret Anderson Kelliher, who like Thissen was once a DFL House Minority Leader and also served as speaker of the chamber, is now the president and CEO of the Minnesota High Tech Association. Under the bill, her group would also get a permanent seat on the advisory board of the R&D authority, and thus have a say in the direction of the funding.

Kelliher says that while the bill may not make it out of the Legislature this session, it will be back, though perhaps in a scaled-back version to tap some funding source other than the surplus.

“This is a long-term play, and the innovation fund could definitely be scalable in terms of its levels and sources in future sessions,” she said. “But the really important thing about Representative Thissen’s bill is to establish an independent, statewide R&D authority.”

She bases that opinion on the fate of an earlier attempt to coordinate R&D activity through a state agency, the Minnesota Department of Employment and Economic Development. The Minnesota Science and Technology Authority was established in 2010 with roughly the same aims of coordinating the state’s R&D activities, but because it was based within DEED, it ultimately fell victim to budget cuts as the state grappled with a deficit.

Making an R&D authority uniquely “stand-alone” as an entity would free it from the political drama state agencies go through every time there’s a budget shortfall and allow the focus to remain on the future, the former House speaker said.

“There’s been some really good movement in the last few years, like the U of M’s MnDRIVE initiative, and Regenerative Medicine Minnesota, which focus on specific industries, but this is a broader and more long-term effort that in a stand-alone form would let people gather around a singular authority,” Kelliher says.

“It would simplify communication, so each entity knows what the others are emphasizing and prioritizing. In seeking federal research dollars, it’s so important to have a unique story about what it is you’re going after, and too often we don’t know what others are seeking, or we miss these opportunities altogether.”