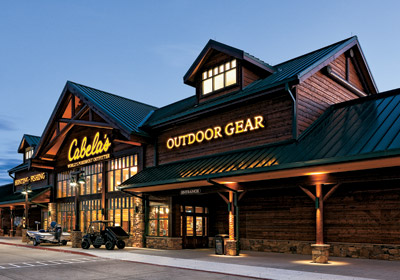 The Nebraska-based hunting- and fishing-gear retailer said it plans to hire about 150 full-time, part-time, and seasonal employees this month for its Woodbury store, which opens this spring.
January 18, 2014

Outdoor-equipment outfitter Cabela’s Inc., announced Wednesday that it is hosting a “mass hiring” on January 27 for its future Woodbury store, where it plans to hire about 150 new employees.

Cabela’s said it will conduct interviews between January 27 and 31. According to its website, all of the open positions are currently retail jobs.

The 85,000-square-foot store will be located at 8400 Hudson Road in the Tamarack Village Shopping Center. Cabela’s said most of the employees it hires are expected to come from Woodbury and the surrounding area.

Woodbury will join three other Cabela’s stores in Minnesota; the others are in Rogers, Owatonna, and East Grand Forks. The company currently operates 50 stores throughout North America but said it plans to open 20 more over the next two years.

Cabela’s recently made headlines when St. Paul-based Gander Mountain filed a lawsuit accusing the company of “cybersquatting,” after learning that the Web addresses GanderMountianCatalog.com and GanderCatalog.com both led to Cabela’s home page. Both of the Web addresses are now dead links.

Twin Cities Business examined the longtime rivalry last year and said that the two brands have been polar opposites in their brand strategy. While Gander Mountain focuses more on convenience and price, Cabela’s has historically built stores nearly double the size of Gander’s with elaborate taxidermy displays and aquariums.

In its Wednesday statement, Cabela’s said its new Woodbury locations will in fact feature “museum-quality wildlife displays” and an “aquarium stocked with fish native to the area.”