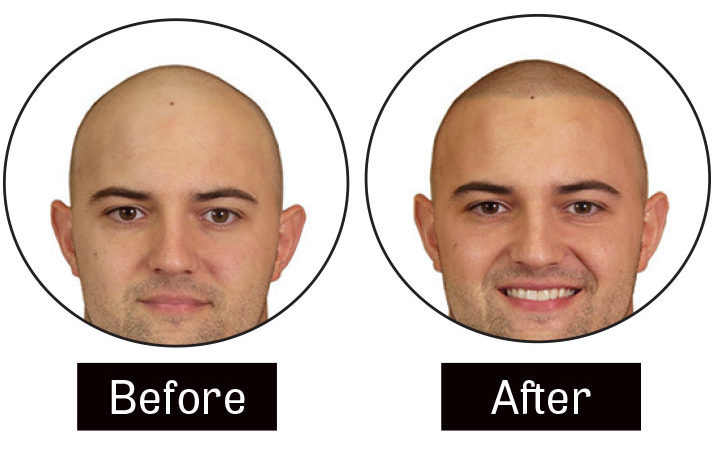 With the exception of Mall of America, out-of-towners don’t typically flock to Minnesota, but Good Look Ink discovered they will for the right “hair” service.

Despite its name and the fact that it’s licensed as a body art shop, Good Look Ink (GLI) isn’t a tattoo parlor, or at least not a traditional one. Launched in 2009, the Burnsville-based company provides a procedure known as scalp micropigmentation (SMP). “We create the look of a 5 o’clock shadow [on the scalp] using tiny ink impressions to create the illusion of hair,” says CEO Roxanne Chihos.

About 80 percent of GLI’s mostly male customers fly in for the procedure, some traveling from as far as Dubai and Tokyo. GLI gained recognition in 2012 after it was featured on Good Morning America. “That’s when the model changed from mostly local customers to where people were calling from all over the world,” says Chihos.

One of the major draws for out-of-town customers is that GLI’s proprietary procedure is completed in one day, whereas other SMP venues break the procedure into sessions. “Most people don’t want to walk around with the impressions half-done,” says Chihos.

On average, the procedure costs between $3,500 and $4,500. Since most of its guests come from out of town, GLI also offers an all-inclusive package, which covers the procedure and transportation, lodging and meals. In the last year, GLI has doubled its sales and capacity, growing from 50 clients per month to 100. “Most SMP companies are small local shops that see one to two clients a month,” says Chihos.

In some respects, Chihos says GLI has succeeded despite its Minnesota location: “One of the greatest challenges for our out-of-town guests is they don’t want to travel here, especially in the winter.” Thus, GLI added a Los Angeles location in September. Chihos plans to add three or four additional out-of-town locations by the end of the year, with a focus on large metro areas.