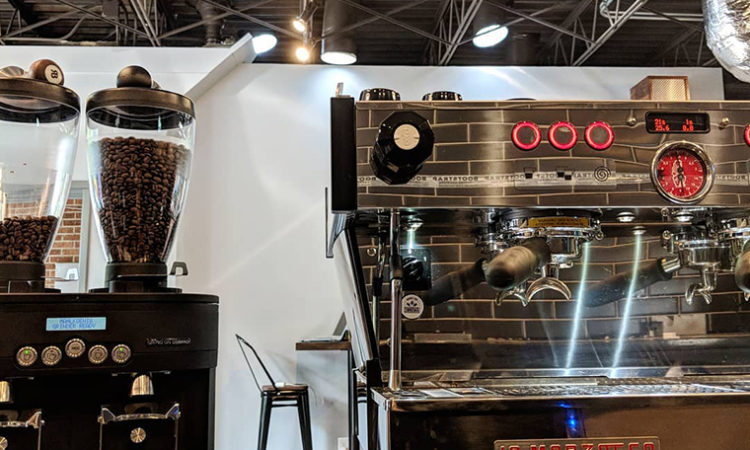 The coffee roaster had been producing coffee out of a 486-square-foot space on St. Paul’s Vandalia Street.
By Dan Niepow
June 13, 2019

The company on Thursday opened its first retail location, which will also serve as the new company headquarters. The 2,800-square-foot space at 432 Wabasha Street South in St. Paul features a coffee bar, patio, and “coffee education classroom,” where Bootstrap will eventually roll out a series of classes on the finer points of coffee roasting and brewing.

“We're hoping this coffee bar will be a showcase for the brand … which will then, in turn, drive more wholesale growth,” Bootstrap owner Micah Svejda tells TCB. “We've always considered ourselves a wholesale roasting company.”

The coffee bar is operating at the site of a former Post Office, which was built in 1956 and decommissioned in the late '70s or early '80s, Svejda says.

The estimated market value of the property was listed at $210,900 for 2019, according to data from Ramsey County Assessor's Office.

Until now, the coffee roaster had been producing coffee out of a 486-square-foot space on St. Paul’s Vandalia Street. In an October 2018 blog post, Svejda says he scoped out several locations over the years before landing on the Wabasha spot.

“None of them felt quite right — too small, too big, not in a great location,” he wrote. “I knew we needed a space for us to spread out and to grow into, as well as a space to welcome people into and to really showcase our coffees and our brand.”

Svejda initially aimed to open the new space in February of this year, according to the blog post.

At the new location, Boostrap will have four coffees on tap, along with espresso beverages and coffee flights. The store also will feature two cold brews on tap.

In addition, the company will sell its packaged goods at the retail location. That includes all 12 of Boostrap’s coffees, which will continue to be sold at dozens of restaurants and cafes around the area.

After the coffee bar closed for the day on Thursday afternoon, Svejda said business on the first day went “better than expected.”

“A lot of people from the neighborhood popped in, and some people who had been following us all along,” he said.