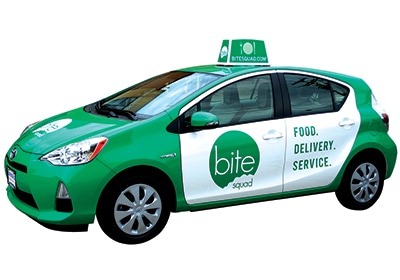 As Bite Squad expands, the market for restaurant delivery is heating up.
September 01, 2014

“We didn’t have any idea how big it would be,” says cofounder Kian Salehi.

In the summer of 2012, a quintet of drivers began roaming Twin Cities streets in green-and-white cars, delivering meals from 17 restaurants. Today, Bite Squad employs 150 drivers in the Twin Cities, works with 250 local eateries, recently expanded to the Pacific Northwest and is branching out into gift, floral and liquor deliveries. 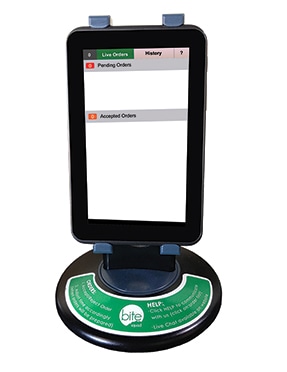 Under the umbrella of Minneapolis-based Kasa Capital, the Iranian-born Salehi, with business partner Arash Allaei, have launched several tech-focused startups and e-commerce websites, including daily deal site Crowd Cut, which allowed them to leverage existing relationships with restaurateurs when they launched Bite Squad.

Word has spread quickly: “New restaurants open and they call us,” says Salehi.

Bite Squad expanded to Seattle in March, and by mid-July, 170 restaurants had signed on. Sales are growing more briskly than during the Minneapolis launch, says Salehi, who is scouting a third expansion market.

In June, with local revenue up about 75 percent year over year, the company debuted Gift Squad, hiring a florist and sourcing its own flowers, gift baskets and other items for delivery. The company also struck a deal with a “very reputable” Minneapolis liquor store to begin offering delivery. “Ultimately we’re a logistics company, not a restaurant delivery company,” and the expanded services add incremental revenue, says Salehi, since the drivers are already on Bite Squad’s payroll.

And the space is heating up. Sites such as GrubHub and Eat24 are growing, although Salehi says Bite Squad is distinct in that it employs its own fleet of drivers. Door Dash in California recently raised more than $17 million in venture capital, and Caviar, which competes with Bite Squad in Seattle, raised $13 million.

“The market right now for restaurant delivery is very, very hot,” says Salehi, who expects some consolidation but believes those with superior technology “are going to take this pie.”