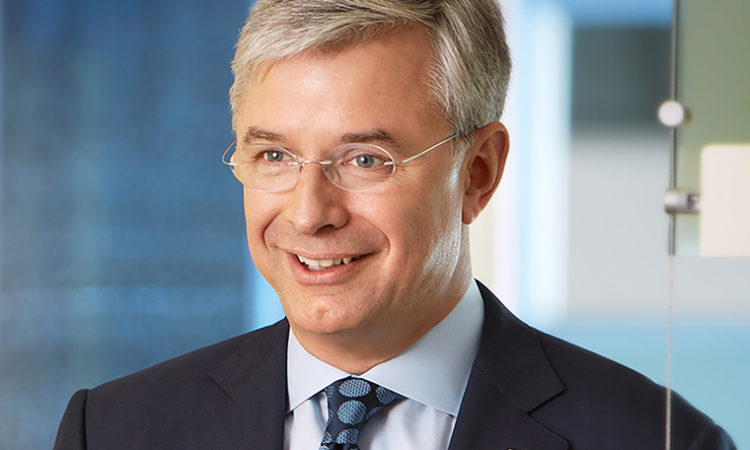 In his six years as Best Buy's leader, Joly has built up the retailer's relevance among both young and old consumers, resulting in some of the company's best comparable sales growth in years.
By TCB Staff
October 10, 2018

Twin Cities Business is pleased to announce its selection of Hubert Joly, Chairman and CEO of Best Buy Co. Inc., as the 2018 Person of the Year.

Since taking the helm at Best Buy in 2012, Joly has led the “Renew Blue” turnaround of one of Minnesota’s best-known brands. This year, Best Buy has posted its best comparable store sales in more than a decade.

Joly came to Best Buy with a depth of experience in the hospitality and entertainment industries. After his time at French entertainment company Vivendi in 2004, Joly moved overseas to become the president and CEO of Carlson Wagonlit Travel where he lifted its annual sales from under $9 billion to $25.5 billion in four years time.

By 2008, he was named Marilyn Carlson Nelson's successor as president and CEO of the hotel, travel and restaurant conglomerate Carlson Companies.

Joly is recognized as a retail industry leader nationally: he serves on the board of directors of Ralph Lauren Corp. and the Retail Industry Leaders Association.

In the Twin Cities, he is deeply involved in the community serving on the boards of the Minnesota Business Partnership, Minneapolis Institute of Art and the Minnesota Orchestra.

Joly will be honored at TCB’s Person of the Year event on December 4 at Orchestra Hall in downtown Minneapolis. The event also celebrates honorees on this year’s “TCB 100 People to Know,” our annual list of prominent and emerging business and community leaders to watch in the year ahead.