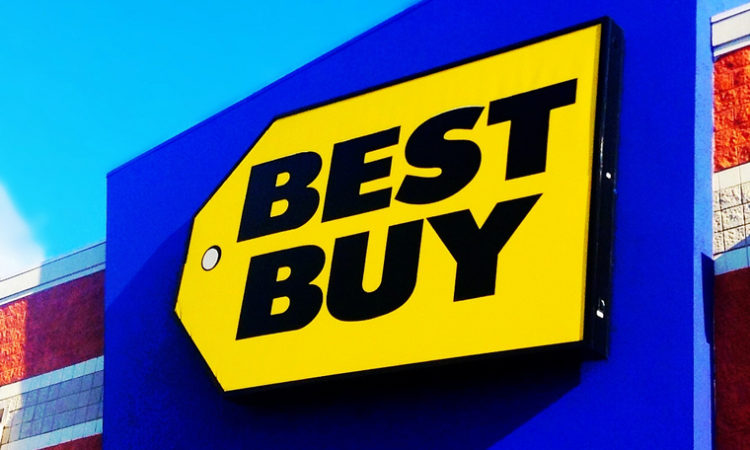 Yet shares of the electronics retailer fell by 11 percent after CEO Hubert Joly told analysts its same-store sales growth wouldn’t be the “new normal.”
By Sam Schaust
August 29, 2017

Best Buy lifted its full-year outlook on Tuesday after posting better-than-expected sales and profits in its second quarter, as well as a substantial 5.4 percent jump in same-store sales.

In recent years, big box retailers have bounced between above- and below-average same-store sales, a key metric that compares year-over-year sales changes of stores open a year or more. For Best Buy, its 5.4 percent improvement was the best it’s had since the start of the decade.

That growth, according to the company’s CFO Corie Barry, was attributable to numerous product categories, most notably computers, wearables, appliances, smartphones and gaming hardware.

“We feel like we’re performing quite well with the [Nintendo] Switch, in particular,” she said in a call with analysts. “That’s what’s driving the gaming category right now.”

Hubert Joly, chief executive of Richfield-based Best Buy, however, warned analysts that the mid-single-digit same-store sales growth wouldn’t be the “new normal,” especially as the cutthroat holiday season approaches. As a result, company shares fell by roughly 11 percent from its Monday close, which finished at $62.49—a penny under its record high.

In recent months, the value of Best Buy stock has steadily been on the rise. Before Tuesday, share prices increased by more than 60 percent year-over-year.

Wall Street also came up short with its profits prediction. Analysts expected adjusted earnings per share of 63 cents, but Best Buy made 69 cents per share off of $209 million in profits.

Online sales jumped 31 percent and made up over $1 billion, or approximately 13.2 percent, of the company’s sales during the quarter. Comparably, about one-tenth of Best Buy’s sales a year ago were attributable to e-commerce.

To drive further growth online, Joly said the company would spend about $700 million in its current fiscal year on e-commerce and supply chain operations. That’s up from the roughly $650 million estimate the company previously provided.

Its other major plan to make it easier to shop at Best Buy from home will arrive next month, Joly added. In late September, the retailer expects a nationwide launch for its in-home advisory program, in which employees visit customers’ homes to provide free consultations on setting up entertainment systems, picking out kitchen appliances and creating a smart home network. Best Buy had been experimenting with the service over the past year-and-a-half in select cities.

For its full fiscal year, Best Buy now expects revenue to grow by 4 percent, up from its previous outlook of 2.5 percent. Its earnings per share, it said, are likely now to fall within a growth range of 4 to 9 percent compared to its prior estimate of 3.5 to 8.5 percent.