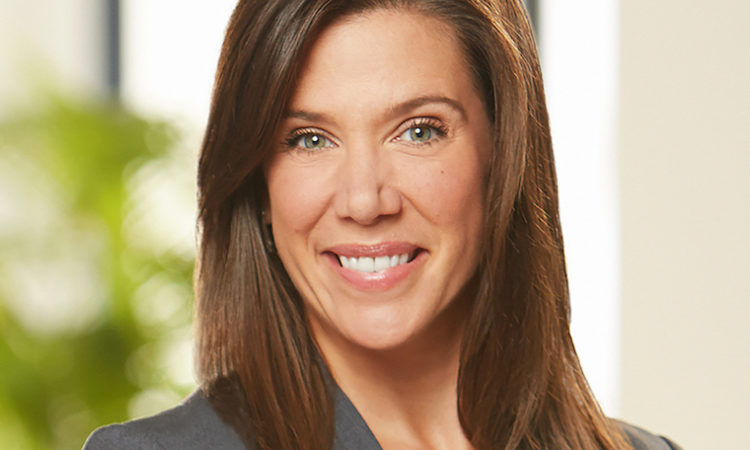 As part of a leadership succession plan, transformational CEO Hubert Joly will become executive chairman of the board of directors.
By Allison Kaplan
April 15, 2019

Longtime Best Buy executive Corie Barry, currently the company’s chief financial officer, will become CEO of the Minneapolis-based retailer on June 11. Chairman and CEO Hubert Joly—widely credited with the company’s dramatic turnaround—will transition to the newly created role of executive chairman of the board.

“The board’s decision was not only unanimous but enthusiastic,” said Joly on a Monday morning media call. He said that he was “very excited” that Barry would be the company’s next CEO. “She brings a deep knowledge of and love for Best Buy combined with leadership and vision necessary to drive growth.”

Barry, who turns 44 on Thursday, will be the fifth CEO in Best Buy’s 53-year history and the first woman in the role. That makes her Minnesota's third female CEO of a Fortune 500 company, following Land O'Lakes Beth Ford and Thrivent's Terry Rasmussen, and the seventh nationwide among Fortune 100 companies. Best Buy has a reputation for board diversity and adding women to management ranks. Six of the 11 members on its current board of directors are women. The last four directors appointed to the board are all women; the three most recent are women of color.

“I’m deeply grateful for the in confidence in me,” Barry said on Monday. “I’ve worked for this company almost my entire career. I’ve learned and stretched in ways I never imagined.” She added that her path was “not easy and] certainly not linear” but that she “truly relished the journey.”

Joly noted that with the addition of Barry to the Best Buy board of directors, the majority of the board will be comprised of women. He added that one-third of the board reflects ethnic diversity.

“That gives me great joy,” Joly said. “Diversity and inclusion are such a critical part of what we’re doing.”

Barry joined Best Buy in 1999. Before being tapped as CFO in 2016, she served as the company’s chief strategic growth officer.  Her current responsibilities include strategic transformation and growth, digital and technology, global finance, investor relations, enterprise risk and compliance, integration management, and Best Buy Health, which includes GreatCall.

“In September we put in a place a new organization,” Joly said. “In the new construct I was able to see how the team was functioning and I was blown away…and this gave me confidence that I could pass the baton and the baton would not be dropped.”

Joly, who joined Best Buy from Carlson in 2012—the first CEO hired from outside the company— is not leaving, He noted that his office will be right across the hall from Barry's, and he will support her and continue to lead the board. The leadership change also means that current COO Mike Mohan will be promoted to president and COO. The company will conduct an internal and external search for its next CFO.

Kathy Higgins Victor, who has served on the Best Buy board since 1999, tells TCB the board’s primary responsibility is to ensure a smooth CEO succession. “The board built its ideal candidate description and, to our delight, Corie Barry fit it exactly,” Higgins Victor said. “To be clear, the goal was to find the right match, but the fact that we selected a female CEO is something we are all very proud of.”

In her professional work, Higgins Victor is president of Centera Corporation, which addresses executive succession with business clients. “CEO successions are ideally done when a company has a strong strategy in place and an internal candidate who is prepared for the role,” she said. “In Best Buy’s case, we were fortunate to have both.”

Joly said that his decision to step down as CEO was driven by a mix of both professional and personal considerations.

“There is no rulebook,” said Joly on the timing of the transition. “I’m in a place where I was very much at peace with what we had accomplished.”

For Best Buy’s fiscal 2019 through February 2 the company reported $42.9 billion in revenue – up 1.7 percent from the previous year — with a net profit of $1.46 billion. At the end of February, the company reported better-than-expected results for the key fourth quarter/holiday season sales period. For fiscal 2019, Best Buy’s comparable sales were up 4.8 percent, following a 5.6 percent increase in fiscal 2018. The company is widely seen as a retail turnaround success story.

“We are two years ahead on plan,” said Joly of company’s financial targets.

On a personal note, Joly added that he had recently become a grandfather and that CEO jobs are intensely all-consuming.

“My point of view is that customer expectations are just increasing every single day,” Barry said. “There’s no room for mediocrity in retail.” In a statement, she added:  “Today’s technology and consumer landscape creates tremendous opportunities for Best Buy to further expand and deepen relationships with our customers and employees, while continuing to deliver shareholder value.”

The changes will take place after the company’s annual meeting of shareholders on June 11.