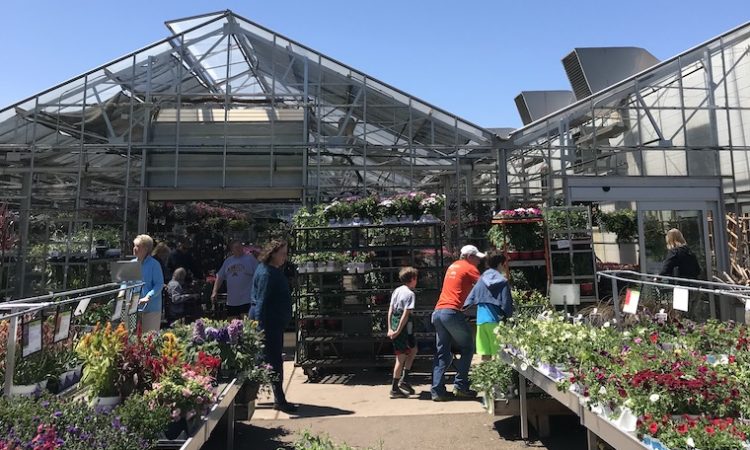 Bachman’s to Reopen Amid Industry Confusion About Plant Sellers

The 135-year-old retailer and grower obtained an exemption from the state to open its nurseries on April 6. Some other independent garden stores have not.
By Allison Kaplan
April 01, 2020

Editor’s note: Proof of how quickly the news is moving and rules and regulations are changing, Bachman’s received a call from the state Department of Agriculture on Thursday, April 2 saying the exemption it received to reopen was “an accident.” Bachman’s will not open on Monday, April 6. No-contact curbside pickup and delivery will continue.

Most Minnesotans would probably describe Bachman’s as a garden store. But the venerable retailer is also a grower with 670 acres of farmland south of the Twin Cities on which the vast majority of its plants, shrubs, and trees are produced. For the first time in its 135-year-old history, the company says that distinction is what will allow it to partially reopen on Monday, April 6.

Minnesota’s list of “essential” businesses that can operate during the governor’s stay-at-home order mentions agriculture as it pertains to food, but does not include garden stores, nurseries, and landscapers. So big box stores deemed essential for their household supplies, like Home Depot, can sell plant material while smaller independent garden centers are benched during the critical spring selling season.

Bachman’s applied for, and on Tuesday it received, an exemption from the state of Minnesota.

After voluntarily closing its stores on March 26, Bachman’s plans to open its outdoor nurseries on Monday, April 6. The indoor portions of its stores throughout the Twin Cities will stay closed for now. The company has taken other precautions to maintain social distancing like creating wider aisles and no-contact checkout, said Bachman’s vice president of store operations Sherri Eriksrud.

“Plants keep growing,” Bachman’s president Susan Bachman West said. “There’s no off button. We’re managing the perishability of our product line, along with Covid-19.” Bachman’s is sitting on more than 9,000 Easter lily plants alone. It has already donated thousands of plants to local hospitals and senior living facilities.

“We’re hoping to just be there for the community in a socially responsible manner at the time when people really do need plant material,” Bachman West said. “It’s good for them to start working in their yards and gardens. And it’s vital to our organization.”

Other local plant sellers are in the same situation, but don’t have permission from the state. The Minnesota Nursery & Landscape Association (MNLA) is pushing for an exemption for the whole category of garden centers. So far, that hasn’t happened.

“The guidance we’ve received to date is that retail garden centers can sell plant material through delivery only; this was confirmed to us by the governor’s office,” MNLA executive director Cassie Larson said. “While there was some lack of clarity regarding if those who grow their own plants can sell in-person, the guidance we’ve received to date does not make a distinction between businesses that retail plants grown by wholesalers, and plants grown and sold by the same company.”

In some states, including New York and New Jersey, horticulture has been deemed essential, or exempt from stay-at-home orders.

A group of national industry experts including a horticultural business management expert from Texas A&M University and the chief economist from the trade association AmericanHort are advocating for the rights of independent garden retail and landscape businesses. They estimate that many small garden businesses generate up to 80 percent of their annual revenue during the 12-week period from April to June.

“If we don’t get open in May, there’s no way we’ll be in business in December,” said Christopher Harich, owner of Lilydale Garden Center in Mendota Heights. It wasn’t until the coronavirus pandemic hit that he even realized his family’s long-time business was categorized by the state as retail, not agriculture. While some of his competitors have at least been able to offer online orders for delivery or curbside pickup, Harich said Lilydale’s website is too rudimentary to offer that option, and many of its customers are older and don’t shop online.

Lilydale Garden Center is currently hoping it can reopen around April 10. “We’re trying to prepare for the season with a tenth of the workers we’d normally have,” Harich said.

While plant sellers fight to open, there are indications, based on online orders, that demand is higher than usual as consumers seek alternate sources for fresh foods, and look for ways to stay active and engage kids while sheltering at home.

“There are so many mental and physical benefits to gardening,” Bachman West said. “Growing your own food, creating a habitat for pollinators. Plants offer a respite, a reprieve from normal stresses.

Bachman’s has been in touch with growers from around the country as well as the national and state associations to advocate for the industry as a whole. “We are an industry that lends a helping hand,” Bachman West said. 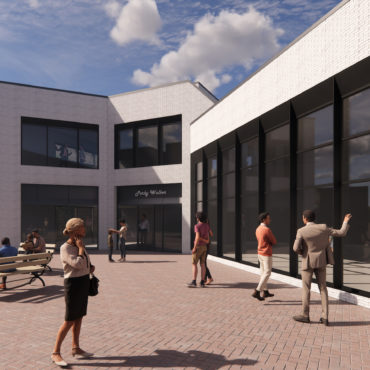