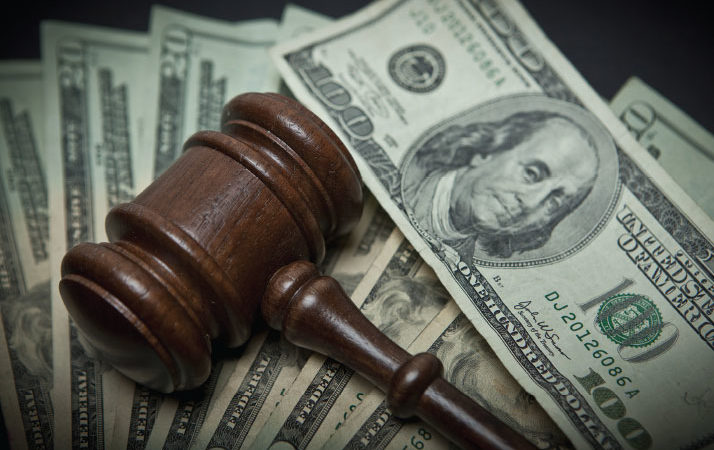 Want to avoid costly litigation? Make sure your business agreements are clear and detailed.
By Gene Rebeck
March 06, 2019

That’s the assessment of attorney Paul Smith, president of Bloomington-based Larkin Hoffman Daly & Lindgren Ltd. He’s represented businesses in numerous types of disputes in his practice as a general commercial litigator. He offers small companies a piece of advice: By spending a few bucks for an attorney’s advice, they can avoid a bigger problem later. Smith argues that’s an economical path to follow.

Business litigation is a broad category. The type of litigation a company engages in—or wishes to avoid—varies by business type. Regardless of the company’s business, litigation can be expensive, particularly for small firms. But in some instances, it’s unavoidable.

But in many cases, companies can stay out of court by keeping their eyes open for some common legal pitfalls.

Conflicts that lead to litigation often can arise within a company’s walls, such as when an employee takes an employer to court.

In late 2017, New York-based business insurer Hiscox Inc. released a report based on state and federal employment data, along with a study of more than 1,000 employee lawsuit claims reported by U.S. businesses with fewer than 500 employees. Hiscox reported that 10 percent of small to midsize businesses faced some kind of employment charge of discrimination in 2016. Twenty-four percent of these charges resulted in defense and settlement costs, up from 19 percent in 2015. The average cost for claims payments was $160,000, up from $125,000 in 2015.

“Smaller and midsize companies don’t usually have an in-house legal department, and they’re very cost-conscious,” notes Aimee Dayhoff, litigation shareholder at Minneapolis-based Winthrop & Weinstine PA. To save money, some of these businesses “tend to Google ‘lawyer,’ ” says Dayhoff, whose practice focuses on business and employment litigation.

Some people look for an employment agreement online or do quick research. Then they print a one-size-fits-all type of document or form. If that document fails to cover all potential issues of disagreement, “litigation ends up costing them a lot more money on the back side than if they had just hired an attorney to get their ducks in a row on the front side,” Dayhoff says.

With a lot of small businesses, one of the biggest problems she has seen on the employment side involves the classification of their workers. Are they employees or contractors? Do both sides know their rights and responsibilities?

A key strategy for avoiding legal problems is making sure that the business has a handbook that spells out policies and expectations of the employer and employee. Companies also should provide employee training about sexual harassment and discrimination. If a business doesn’t educate managers and staff about inappropriate behavior, that’s one fewer protection they have should an employee sue them, Dayhoff says.

The employer-employee relationship isn’t the only potential source of legal trouble in a company. Another is the relationship between or among owners. That can be especially fraught if the owners are members of the same family. Clearly worded agreements are essential in businesses where ownership comprises family members, two or three partners, or a small group of shareholders.

To keep a closely held business relationship a happy one, attorney Brian Dillon recommends that company owners and officers perform “a health check” at least every five years. Dillon is a business and general litigation co-chair at Minneapolis-based Gray Plant Mooty. Depending on the kind of business and how it’s organized, there are several issues owners and leaders might wish to review and discuss. By talking about important matters, owners are more likely to avoid a “small-business divorce,” Dillon says.

Because of ownership issues like these, the company can use a buy-sell agreement to delineate how a buyout should happen, Dillon says. It can also define how an ownership interest in the business will be valued for a buyout. Also, he notes, it can specify a funding mechanism to ensure that the buyout can be completed.

One crucial issue is succession. Major questions are:

If the business lacks a clearly written buy-sell agreement that addresses all these possibilities, the bad result could be a court date. That could unfold if a minority owner believes there will be difficulty in selling their share of the company.

Then there’s the tricky issue of succession within a family. If the owner or owners have many children, will they someday take over or will the business be sold? If they assume leadership, in what capacity?

Dillon speaks of one business owner who told his two sons that they’d succeed him. “There wasn’t a clear agreement drafted that said, ‘Here’s how you’re going to take over not only ownership, but management,’ ” he says. The owner kept putting off his leadership departure, and his sons ended up hiring an attorney and demanding they be bought out.

Lack of specificity on ownership issues can result in hard feelings and a need to pay attorney’s fees. In a business agreement, “clarity avoids disputes, and ambiguity attracts disputes,” says Joseph Pull, an attorney with Minneapolis-based Briol & Benson PLLC. He represents shareholders or partners in closely held businesses. If there are gray areas in an agreement, each party will interpret the section to his or her advantage. “The ‘get it in writing’ clichÃ© is very true,” he says. “But that’s really just the starting point. Incomplete writing can be a problem.”

Pull adds: “You can’t anticipate everything. But if you can think through the relationship—whether it’s with a partner or a supplier or a creditor—you can anticipate that there are certain things that might come up. And those should be expressly addressed in writing.”

Pull offers a couple of corollaries to that general rule. People have to read and understand what’s written in the agreement. “You have to know what your obligations are,” he says.

“Email is a form of writing, and it is a dangerous one,” he adds. A hastily dashed-off email “can lead the party on the other side to a different conclusion than you intended him or her to reach,” Pull says. “They don’t have the context of your tone of voice or nonverbal communication. Then we have ambiguity and the possibility of dispute.”

Also, a partnership agreement “may be ambiguous as to how things should be dealt with if one of the partners or shareholders no longer wants to be a part of the business,” Pull says. It’s a topic that two business partners might want to avoid, particularly if the company’s just getting started. “But if someone becomes unhappy, that becomes a huge issue,” he adds. The unhappy co-owner might feel he or she has no options other than taking the other to court. The ownership agreement needs to spell out the rights and obligations on all sides should one owner wish to sell.

“Choose your business partners wisely,” Pull cautions. “Some people are just litigation-prone. They like to fight.”

Yet even an agreement that appears to be clearly written might end up causing problems. “What people learn, often painfully, is that things aren’t always what they seem when you receive a document without legal counsel’s help,” says Adam Ballinger, a partner with the Minneapolis office of Ballard Spahr LLP. His litigation practice includes fraud litigation, bankruptcy work, and agriculture cases.

Ballinger offers a real-life illustration. In March 2016, Colorado-based retailer Sports Authority filed for Chapter 11 bankruptcy and later closed all of its 450-plus stores. Dozens of suppliers that thought their agreement with Sports Authority entitled them to reclaim unsold sporting goods found that the main lenders could take possession of inventory as collateral. By not carefully reviewing their agreements with legal counsel, these suppliers took “a significant haircut,” he says.

He notes that businesses hoping to avoid court can put arbitration and alternative dispute resolution provisions in a contract. “They can be a good way to limit your exposure, risk, and legal cost if you should get sued,” he says. However, Ballinger adds, “you can’t just grab an arbitration provision from another agreement, throw it into yours, and think you’re good.”

In some circumstances, arbitration can be more expensive and drawn-out than a full trial is, “so you need to be thoughtful in drafting your arbitration provision,” he says. For instance, a business should consider customizing the provision in ways that limit the costs of evidence discovery.

“One thing you’ll hear from most lawyers, including me, is that an ounce of prevention is worth a pound of cure when it comes to litigation risk,” Ballinger says. Small businesses often seek to keep expenses down. “Many of the disputes I work on end up costing a lot of money in litigation that largely could have been prevented if the businesspeople had consulted with an attorney early on in a transaction,” he says.

To reduce the risk of costly litigation in a later conflict, a businessperson can review terms of the business agreement with an attorney before signing.

Should a small company run every agreement past an attorney?

“At least the first one,” Larkin Hoffman’s Smith advises. Companies should take the time to understand the provisions that will be in every contract, he says. Businesses need to know what those “standard” contracts mean—including legal-jargon provisions that can be tempting for small companies to overlook. What does “indemnification” actually mean in a contract? Agreeing to an indemnification clause without an attorney’s review can put a company out of business.

When mitigating potential problems that could lead to litigation, Smith says, “It’s much easier to do those things ahead of time than after the fact.”