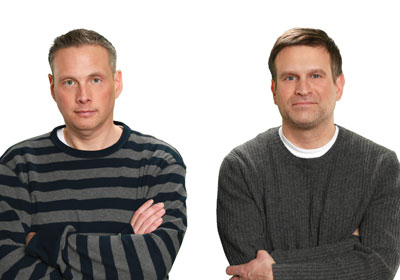 Angry Vikings fans have a lot to say after games—enough to satisfy two radio stations.
January 01, 2014

Clear Channel’s KFAN (100.3 FM) holds the radio broadcast rights to Vikings games, and a good chunk of those listeners spill over into the postgame Fan Line, the hours-long after-game rantfest.

There has been so much misery to go around during the 2013 season that Hubbard Broadcasting’s 1500 ESPN created a second venue for fans, Vent Line. Hubbard saw a market opportunity to showcase Judd Zulgad and Jeff Dubay, its 9 a.m. to 1 p.m. weekday hosts.

“People love to talk about the Vikings,” says Dan Seeman, vice president and market manager for Hubbard Radio. “They love to celebrate, they love to complain. There is no middle ground. There is simply passion for this football team.”

Some may consider Seeman to be clairvoyant for initiating a broadcast called Vent Line after the Vikings produced a 10-6 record in 2012. But Seeman says he wasn’t guessing that the Vikings would tank. He equates “vent” with “passion.” “This year it happened to go negative,” he adds.

“One of the beautiful things about radio is that it’s tribal,” Crusham says. “You’ve got the tribe that has this passion. They want to relive the game over and over again.”

He likens the postgame conversation to a reality show. “You have everybody wanting somebody’s head,” Crusham says, “and it makes for interesting conversation.” The only emotion that worries him is apathy, and that he hasn’t seen.

Nielsen Audio ratings show about one-third of Twin Cities radio listeners (12 and older) tuned in to the Vikings broadcasts during the early part of the season. In the postgame sweepstakes, the lion’s share of men in the coveted 25-to-54 age demographic were listening to KFAN or its AM simulcast.