A new report by UnitedHealthcare found that most seniors expect their quality of life to remain consistent or improve during the coming decade—but many are financially unprepared.
August 18, 2012 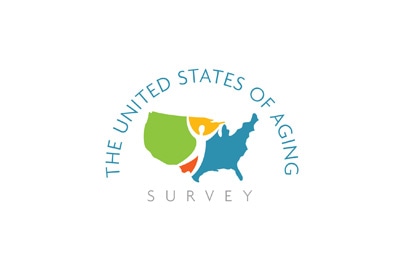 Most seniors and Baby Boomers—those born between 1946 and 1965—expect their lives to improve as they grow older, but many feel unprepared for the financial and health challenges associated with aging.

That’s according to a report released Wednesday by UnitedHealthcare, a subsidiary of Minnetonka-based UnitedHealth Group, in conjunction with the National Council on Aging (NCOA) and USA Today.

The report is based on a survey of 2,250 U.S. adults who are 60 or older. Nearly 70 percent of respondents said that the past year of their lives was “normal or better than normal,” and more than three-quarters of respondents between the ages of 60 and 69 said they expect their quality of life to remain consistent or improve during the next five to 10 years.

The survey found that one in five seniors over the age of 65 are still employed full- or part-time. Meanwhile, 15 percent said they aren’t confident that their finances will last through their retirement years—and 8 percent have no financial plan for retirement at all. Nearly a quarter of respondents have difficulty paying their monthly living expenses, and one in five said they are one major financial event away from a fiscal crisis.

A third of the respondents said they feel financially unprepared for the costs of long-term care. Those with low and moderate incomes and with chronic conditions—the people most likely to need long-term care—are the least confident they’ll be able to afford it.

Seniors’ financial insecurity is due in part to a lack of awareness of programs and services that support older adults, UnitedHealthcare said. Of respondents making less than $30,000 a year, 41 percent said they are unaware of all the benefits and programs that could help them meet their financial needs.

The majority of respondents said they were satisfied with the resources and services available in their communities, but UnitedHealthcare pointed out that 10,000 Baby Boomers are turning 65 each day for the next 10 years—and those resources may become more scarce. In fact, more than a quarter of respondents lack confidence that their community will have the necessary resources to help them remain healthy and independent over the next decade.

This year marks the first time UnitedHealthcare and its partners have conducted the United States of Aging Survey, and the report doesn’t outline a clear remedy for seniors’ insecurities. But it aims to encourage communities to increase awareness of the services offered for seniors.

“We hope that this yearly survey will help lead communities to educate older adults about programs and services that can improve their overall quality of life,” he added.

UnitedHealth Group is Minnesota’s largest public company based on revenue, which totaled $101.9 billion in 2011.