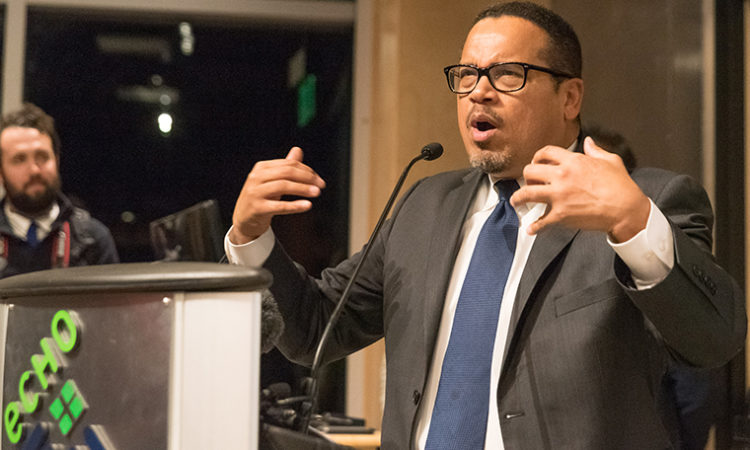 Work still needed to be done in the bathroom of Anna Crockett’s rental when she moved in more than four years ago. Then she found mold in the home, which triggered her son’s asthma.

The mother and tenant said she also had to fix a hole in her ceiling herself and was sent an eviction notice during the pandemic when tenant terminations were limited due to a state executive order.

Crockett is one of many Minnesota tenants the attorney general’s office is working with.

HavenBrook, the landlord of more than 600 single-family residential properties throughout the Twin Cities and its metro area, is one of the largest landlords in Minnesota, Ellison said.

“It is tough to afford your life nowadays. It’s just not easy,” Ellison said. “It’s impossible to afford your life and live with dignity, safety, and respect when your landlord puts their profits ahead of your health and safety. It’s shameful for landlords to treat people that way and it’s particularly shameful when most landlords are doing the right thing. When some don’t we’ve gotta stand up and we’ve gotta take action.”

By “systematically misrepresenting its property-repair practices and keeping its properties uninhabitable for tenants,” HavenBrook is in violation of Minnesota’s consumer-protection laws and landlord-tenant law, the attorney general said.

In addition to owning properties in the Twin Cities area, HavenBrook also owns real estate in states across the country, including Florida, Alabama, and Georgia, according to its website.

HavenBrook could not immediately be reached for comment on the lawsuit.

The owner of HavenBrook, Pretium Partners LLC, is one of the defendants listed in the lawsuit. Pretium is a New York-based, privately-held hedge fund with $30 billion in assets. It owns and controls HavenBrook through layers of shell companies. These shell companies have changed three times since 2021, per the lawsuit.

The lawsuit was filed in Ramsey County District Court and is believed to be the first enforcement action an attorney general has filed against HavenBrook and its ownership in the United States. However, Ellison noted at the end of the news conference that he will be in touch with his colleagues in other states where the mega-landlord owns properties.