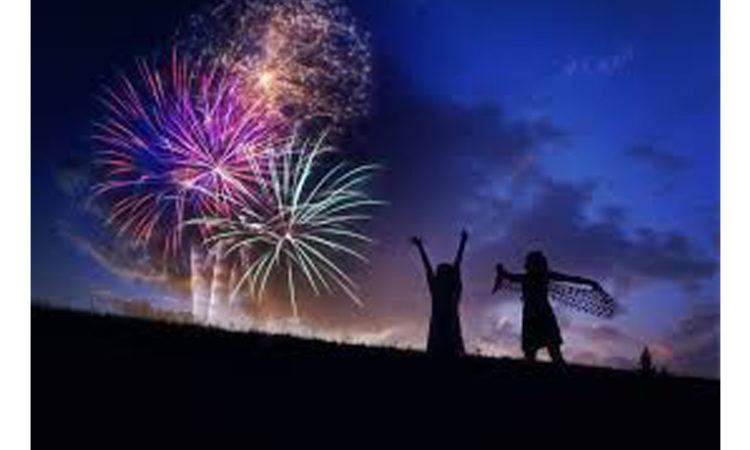 A Wednesday Fourth of July: Breaking Down the Impact of a Midweek Holiday

Industry representatives comment on what happens in terms of vacation plans and employee time off requests when a travel-heavy holiday like Independence Day falls on a Wednesday.
By Amanda Ostuni
June 21, 2018

Independence Day celebrations tend to involve weekend getaways with a three-or-more-day vacation. The problem, however, is it’s not a holiday automatically observed on a Monday, like neighboring holidays Memorial Day and Labor Day.

So what happens when a summer holiday falls in the middle of the week, as it did this year? Do people simply condense their celebrations and vacations to two days, or do they expand them, turning it into a nine-day event? It seems the answer depends on who you ask.

Triple AAA’s research points to a substantial travel boost, while other industry representatives suggest different sectors and specific employees will be impacted in other ways.

‘One for the record books’

It determined that an unprecedented 46.9 million Americans will travel 50 miles or more away from home for Fourth of July – up more than 5 percent from 2017. It marks the highest number of travelers for the holiday since AAA started tracking this data 18 years ago.

“This Independence Day will be one for the record books, as more Americans take to the nation’s roads, skies, rails and waterways than ever before,” said Madisun VanGundy, community relations and PR specialist for AAA Minneapolis.

In addition to positive economic variables, AAA is indeed crediting the spike to the holiday falling on a Wednesday as, according to the organization, it gives travelers more flexibility to schedule a trip the weekend before or after the holiday.

Echoing the notion that travelers will be planning trips before and after the actual 4th, a spokesperson from Grand View Lodge says that, based on bookings as of late May, the resort is expecting holiday guests both the first and the second half of the week.

A representative of Lost Lake Lodge says most of their guests are simply booked the whole week through. Either way, the resorts’ holiday business period seems to have been extended.

“The week of the Fourth of July is going to be busy whatever day the Fourth falls on, because of where [the holiday] fits in Minnesota’s condensed vacation calendar,” says Dan McElroy, president of Hospitality Minnesota. “It’s the best week of a short season.”

However, when it comes to hotels and resorts, McElroy notes that location matters. While the non-urban Grand View Lodge and Lost Lake Lodge may benefit, he says downtown Minneapolis hotels will be quiet because most of their guests are professionals on business trips and not as many locals are in the neighborhood during a holiday week.

Notably, the National Education Association annual conference will take place in Minneapolis during the holiday week, so it won’t be too quiet.

How local businesses are dealing with the odd day holiday

At real estate firm Cushman and Wakefield, human resource manager Carrie Patton noticed most people at the Minneapolis office do plan to take the whole week, though some requested only the two days before or after the Fourth.

The company likes to encourage employees to take time off when desired, and even gave a free day last year, when Independence Day was on a Tuesday, to fill in the gap between the weekend and the holiday. Not the case in 2018.

“This Wednesday date is a little goofy,” Patton says. “It’s easy to add on a day that people can time off, but to add two on one side or the other is a little harder.”

At Fast Horse, a Minneapolis-based creative agency, they lean on their already flexible rules – rooted in the idea that allowing employees to manage their workday independently leads to better results and company culture.

“With the holiday falling in the middle of the week, we expect our employees to finish their responsibilities with the same extremely high-quality standards that we… expect all year round,” says JÃ¶rg Pierach, founder of Fast Horse. “But if, for example, they will be most productive by working from home (or from a dock) on a certain day during the week of the 4th of July, our policy is the same as it would be for the rest of the year.”

Patton notes some businesses have the unique ability to just shut down for the week, but then there are those, like finance people, who are usually busiest at the end and beginning of a month.

Beyond its varying industry impacts, Patton notes the midweek holiday date can also affect people of different roles within the same office.

She says certain coverage – such as phone and security – is needed even if it’s a slow work week. That burden, says Patton, tends to fall on administrative staff, whereas other salaried professionals tend to have more flexibility.

“[It] can be a troublesome dynamic in organizations, and I know we [at Cushman and Wakefield] struggle with that specifically,” says Patton. “It’s always a challenge to make sure the coverage is coordinated in a fair manner that makes sense for the business as well as accommodates people’s need for time off.”