Leaders of emerging growth firms share their strategies on talent and product development at a Twin Cities Business forum.
By Liz Fedor
July 01, 2014 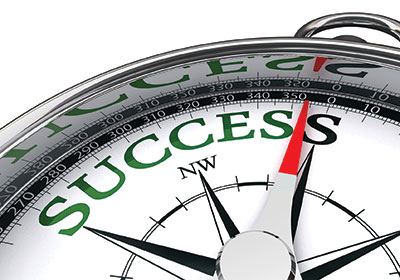 As a serial entrepreneur, Tom Kieffer refuses to sugarcoat the challenges and missteps that await anybody with an ambition to lead a start-up company to bigger revenue. Instead of focusing on the “romantic innovation” phase, he says that growing a company “has always been the hardest part for me to master.”

Kieffer, now CEO of Virteva, an information technology services provider based in Golden Valley, has been involved in building technology companies for 30 years. What has he learned? “Every founder needs to face two ugly truths,” he says. “One is that you’re doing something wrong all the time. And the second one is that your flaws are hurting the team.”

The challenge of taking a small company to a larger scale was framed through the lens of the rapidly-changing technology industry. Joining Kieffer on a business panel were Matthew Dornquast, CEO and co-founder of Code42, a fast-growing Minneapolis-based software company, and Tom O’Neill, president of the Nerdery, a technology solutions company with Bloomington headquarters. Rounding out the panel were Patrick Meenan, a director of Arthur Ventures, which invests in early-stage software companies, and Amy Nelson, CEO of Accurate Home Care, a health care services provider. Arthur Ventures is based in Fargo, N.D., with an office in Minneapolis, while Accurate Home Care is headquartered in the northern Twin Cities suburb of Otsego.

Matthew Dornquast
CEO and co-founder, Code42
Code42, a Minneapolis-based software development company, was founded in 2001 and has more than 400 employees. Dornquast is leading the business with an eye toward offering intuitive, user-friendly technology. This year, Forbes ranked Code42 as one of “America’s most promising companies.” Prior to joining Code42, Dornquast was chief scientist at Webhelp, chief technology officer for Fallon McElligott and founder-owner of Microworks.

Tom Kieffer
CEO, Virteva
In 2005, Kieffer co-founded Virteva, a Golden-Valley based information technology services provider. A serial entrepreneur, he founded Agiliti in 1999, which became a data center outsourcing provider. He merged Agiliti with Houston-based VeriCenter and served on its board until 2007. Earlier in his career, he founded Connect Computer, an information technology consulting and services company. He is a past chairman of the Minnesota High Technology Association.

Patrick Meenan
Director, Arthur Ventures
Arthur Ventures is a venture capital firm with offices in Minneapolis and Fargo that invests in early-stage software companies such as LeadPages and ThisClicks. Meenan joined the company after working for Microsoft’s corporate development group in Seattle, where he executed merger and acquisition transactions. Before his Microsoft work, Meenan was an investment banker in Piper Jaffray’s technology group in Minneapolis.

Amy Nelson
CEO, Accurate Home Care
Nelson founded Accurate Home Care in 2002 when she was 18. She serves on the Home Care Provider Advisory Council for the State of Minnesota and on the Professional Home Care Coalition board. Her health care services company, based in Otsego, Minn., serves children and adults in Minnesota, Iowa and Illinois. More than 4,000 people work for Accurate Home Care. Nelson has a bachelor’s degree in health care management and a master’s in business administration.

Tom O’Neill
President, Nerdery
O’Neill became a Nerdery developer and cultural leader in 2004. He later launched the Nerdery in Chicago as its vice president of development. He became the chief operating officer in 2012 and was named company president in 2013. O’Neill majored in computer science at Winona State University. Prior to joining the Nerdery, O’Neill served as a programmer and analyst, project manager and interactive developer at three companies.

While financing is a vital piece of supporting a company’s growth, the panelists also stressed the paramount importance of hiring employees who fit a burgeoning company’s culture.

The Nerdery came up with a vision statement about six years ago to reflect its culture. O’Neill recalls that the late company president, Luke Bucklin, pressed him to think about why he wanted to work there.

“We actually believe in the software developers that work for us,” O’Neill says. “We’re not selling a product or service that is there just to make money.” He notes that employees could have left long ago for higher salaries at big banks or major health care systems. But he emphasizes that new people are attracted to the company when they understand its purpose, which is focused on “real impact” for clients, and a career path for employees at the Nerdery where they can learn and grow.

But as the company’s workforce expanded, some employees worried about losing the culture they treasured. To learn what he could do to preserve the company’s unique culture—one in which employees proudly call each other “nerds” and people bring their dogs to work—O’Neill consulted with leaders of larger companies he admired.

“They said you’re going to have to learn how to fire your top performer who doesn’t fit your culture, who doesn’t fit your values, who isn’t working in the same direction as you,” O’Neill recalls. “At the time, I thought that was crazy,” he says. Now he advises fellow business leaders to “hire not just based on capability, but based on the fit.”

Many emerging growth companies have cultures that foster learning and experimentation.

“You can guarantee [employees] a concentrated opportunity to make a whole bunch of mistakes, see a whole bunch of stuff and learn,” Kieffer says, explaining that he advised his daughter to take a risk and work for a small company. “She had job offers with a couple of large Fortune 500 companies to go sit in a cube farm somewhere, or to join a startup that a friend of mine was launching,” he says. “For the first time, she actually took my advice and she joined the startup,” he jokes. “She would tell you that the opportunity to do so many things there was dramatically different than getting slotted into doing one thing.”

Taking a Product to Market

When do you reveal to the world that you have a new product or service?

There are two schools of thought, Dornquast says, and the first one is based on the belief that there is no such thing as bad press. Even when you have a product idea that may not be fully developed, “get it out, repeat it,” and “shout it loud,” he says. Entrepreneurs in Silicon Valley tend to take this approach.

“You can actually test your idea before you have a product,” he adds. If Code42 had tested CrashPlan backup software before it was engineered, “we would have known that there was a market for our product” at a certain scale, Dornquast says. Some people might worry about giving away the “secret sauce” to potential competitors if they unveil their idea early in development. However, he says, “If it’s a good idea, other people already have it. Don’t let that hold you back. Just go for it, and assume your passion and interest will exceed theirs.”

The second option, he says, is grounded in the belief that you only get one shot at making a public entrance and turning the product into a success. “Maybe culturally you don’t want to be the company that’s all hype and no substance, so you want to wait until you have something,” Dornquast says.

Under this scenario, the entrepreneur does limited beta testing or a small rollout. In essence, he says, “You restrict supply to increase demand.” In the case of Code42’s CrashPlan, Dornquast says he didn’t announce its availability, but looked for 10 to 100 customers to vet it so he could discover and work out bugs before going to a larger scale.

He flew to California, talked about his product, attracted some customers—and his home page went down when so many people tried to learn more about the product. “The lesson there is: If and when you do announce, sometimes you plan to be small [in your rollout] and you miss a huge opportunity,” Dornquast says. “So be optimistic: Think big.”

From his perspective, Kieffer favors getting to market quickly. “Once you’ve established a minimum viable product—you’ve got actually something you can deliver—I’d say release early and release often,” he says.

Worst-case scenario? “Assume you’re wrong, assume [the product] needs to be tuned,” Kieffer says. “The sooner you get out there and start getting some of that feedback, the better you are going to be. You should have a team in place getting to that point that can thrive on that [feedback] and has a problem-solving mentality.”

Presales of new products and services work well with individual businesses, says Meenan, who works for a venture capital firm. “If you have 60 to 90 days out, we can actually presell the product, which helps a lot on the feedback,” Meenan says.

“One of the biggest problems that we see with companies in the earlier stages is when they go hire an army when there is not a war,” Meenan says. “Rather than going out and hiring doers [front-line workers] who have their culture and want to get stuff done, they’ll come and say, ‘Hey, great—I can land this head marketing person from General Mills.’ ’’

In his experience, Meenan says, “the companies that are the most ill-prepared to scale [up their operations] are the ones that kind of overdo” management hiring at the outset.

“If we can make it here [in Minnesota], we can make it anywhere,” Nelson says. “I see companies all the time in the South or East or West, and they have all these great profit margins.” Her investors have asked why those results aren’t replicated in Minnesota. Her response: “I said because their pay difference is so different from what we have to pay.”

While Minnesota pay rates mean smaller profit margins, Nelson adds that she has “good margins” in Illinois and “phenomenal margins” in Iowa.

In Minnesota, Meenan says, he’d like to see more investors with a “long-term” mindset. “A little piece of me dies,” he says, when he hears someone say, “I’m going to build a business and sell it in three to five years.”

O’Neill sees great advantages for growing businesses in Minnesota. “Our work ethic here is really second to none,” O’Neill says. “The workforce we have here is incredibly passionate and intelligent and driven.”

In the technology arena, he adds, “there are a lot of great things happening on either coast. But in our own backyard, from my personal experience, we have a really great entrepreneurial culture here in the city.”

Many of the business mistakes the panelists mentioned revolve around personnel choices.

“Trust your gut,” advises Nelson. “Every time I haven’t trusted my gut, it backfires.” That’s been the case when Nelson says she didn’t follow her instincts about a key hire, entering a state to do business or moving into a different line of business.

“The early mistake I made as a young entrepreneur is I hired people too much like me,” Kieffer says. “What I needed was someone who could complement me and fill in the blanks. I finally figured that out after about the third outing.”

Identifying and securing great talent for a start-up company is critically important, Meenan says. Don’t simply hire good employees who are available in the moment, he adds. “Hold out for Mr. and Mrs. Right, because it’s really worth it, and you’re going to grow faster.”

At Code42, Dornquast says that on some days he thinks the company should have raised money earlier. Access to capital and good advisors accelerates growth, he notes. “Bringing on advisors early on is something that we didn’t do, and I think that coincides with capital.”