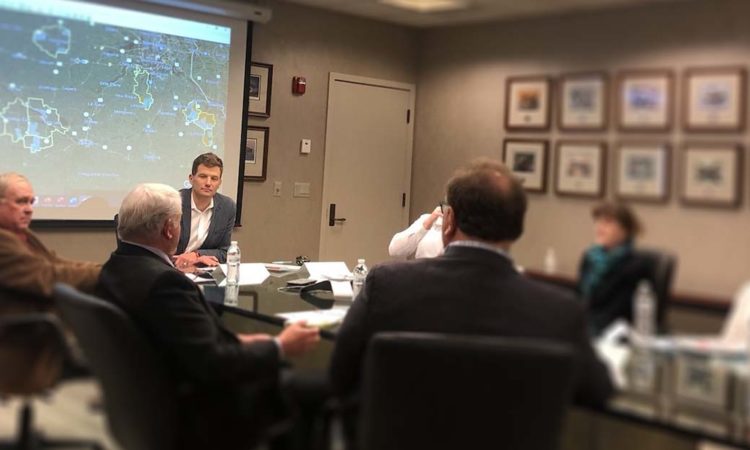 In the eyes of some, state government is a hulking, slow-moving machine perpetually bogged down by bureaucracy. Fearful of failure, state agencies generally avoid taking bigger risks, even if they could lead to bigger payoffs.

But what if government agencies became more comfortable with risk? That’s what Steve Grove is testing out at the Minnesota Department of Employment and Economic Development (DEED). As the department’s commissioner, Grove is spearheading a goal-setting mechanism he picked up during his time in Silicon Valley. Known simply as “Objectives and Key Results,” or OKRs, the process doesn’t necessarily encourage failure per se, but it does encourage leaders to set lofty goals that might not be immediately achievable.

The process is fairly simple: Each year, DEED sets a list of specific goals or objectives, which are then graded on a scale from 0 to 1. Anything above a score of 0.4 signifies that the agency is “on target,” and anything higher than 0.7 counts as “fully achieved.” Grove says the OKR process differs from those of the past in its transparency to the public, and in the types of goals it sets. On its website, DEED publishes scorecards for each of its annual goals, which means the public can easily see the agency’s successes or failures.

Grove says the idea is to “create a culture where it’s OK to set goals that are hard, and if you fail, that’s OK.”

“We want the agency to start thinking about a planful approach, versus just checking the boxes on a bureaucratic measure of success,” he says. “One of the things about OKRs that’s interesting is that you set these goals that are aspirational, and if you achieve all of them, then you set your goals too low. The idea is to stretch yourself.”

The program has been in place at DEED since 2019.

To be sure, the OKR system isn’t anything new. Former Intel CEO Andrew Grove (no relation to Steve) first pioneered the idea decades ago. It was later embraced by several Silicon Valley companies, including Google, Steve Grove’s former employer. Like any buzzy business term, it’s been the subject of numerous books and lectures. Google’s co-founder Larry Page has said that the OKR system helped drive growth at his company.

These days, national nonprofit YMCA has also begun using the system, along with a few other nonprofit groups.

Perhaps it’s well-suited for the private sector and nonprofits, but a public agency is another story. Grove concedes that it’s a tougher sell for government because “we’re under a public microscope, rightfully so.” Grove believes DEED is the first government entity in the nation to use the system.

When you’re dealing with taxpayer dollars, the risks of failure are, of course, that much greater.

“There’s often times a culture that would work against innovation or trying new things because the risk of failure is too big,” he says. “We’re trying to create a culture where that’s actually not the case – where you can set goals that are a stretch, where you might not achieve them perfectly. But you’ll get a lot farther than you would have otherwise.”

So how have things been going under the auspices of the almighty OKR system? By the state’s own scorecards, results have been somewhat mixed. The state says it has achieved three of its five main objectives for the 2021 fiscal year, and is on target to meet a fourth. It failed to hit this objective outright: “Empower the growth of Minnesota’s labor market to meet the needs of business, now and in the future.” The key results for that objective include boosting the number of job seekers using the agency’s CareerForce platform by 10 percent. The current score for that particular goal is 0.

But Grove is undeterred. He anticipates that the agency won’t succeed at every single goal.

“This isn’t a judgment of individual performance,” Grove says. “It’s a judgment of just how we’re doing on our journey toward an aspirational goal. We encourage honesty and candor.”