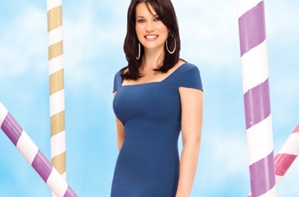 A Peppermint Twist on the Flash-Sale Trend

“Flash sale” sites, like those run by Gilt Groupe, HauteLook, Ideeli, and Rue La La, operate on a well-established formula: small quantities of designer apparel, deep discounts, and member-only online sales that last just a few hours or at most a few days. Time is of the essence.

Those companies were early shapers of the flash-shopping trend three years ago. Now Jessie Hector puts a new spin on it with Peppermint Park (peppermintpark.com) the Minneapolis company she started last June. Hector doesn’t play on must-buy-now urgency. Instead, she opens her cash register to members.

“Part of the reason for me starting this,” she says, “is just the economy and having women have an extra source of income.”

Peppermint Park members pay monthly dues of $10. Given that revenue stream, Hector says she can consistently offer the lowest price on a given item—lower than luxury sites like Gilt Groupe but also lower than discounters like Bluefly or Zappos. Hector takes as much as 80 percent off of suggested retail prices, and her members can buy at those low prices for as long as an item is still in stock.

Competing sites generally charge no dues. What’s more, they offer store credits ($10 or $20) to members who persuade a friend to join, once that friend makes a first purchase.

“We have some members who come in here and don’t even have to spend anything because they’ve referred their friends,” Hector says. “We have people who are actually making cash and putting it in their pocket just shopping at Peppermint Park.”

How does she stay cash-flow positive? “You would be amazed how much mark-up these clothes get”—at major retailers, as much as 300 percent on denim from Rock & Republic or True Religion, Hector says. “It’s absolutely ridiculous.” She marks up enough to get a margin after she’s paid “commissions” to her members. But she says member dues are her biggest revenue stream. She won’t disclose how many members she has, saying only that she’s on track to reach 10,000 by early next year.

Hector, who invites her members to occasional in-store sales (admission limited to 50 shoppers; registrations checked by a doorman), was in the process of moving in November, from 3,500 square feet to 10,000 square feet of retail and warehouse space in northeast Minneapolis.

Peppermint Park carries regional designers, but the main selling point is trendy, big-name brands at prices even lower than those on popular discount shopping sites.