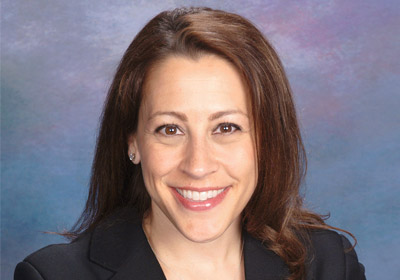 Over the course of her 14-year career in the industry, Liza Lampi has planned and executed events and conferences in Europe, Asia, Latin America, Africa, and the United States.

Lampi works at Buffalo-based Eventive Meetings, as both an event planner and manager of the company. Before that, she was a planner with The Stratton Group, The Ardel Group, and MetroConnections.

Throughout her various planning roles, she has worked with national celebrities like actor and economist Ben Stein, New York Times journalist (and Minnesota native) Thomas Friedman, and CNN broadcast journalist Fareed Zakaria, among others.

One of Lampi’s keystone events, which she says is the highlight of her year, is the prestigious annual Tekne Awards event for the Minnesota High Tech Association.

“I’ve planned the event for the last 10 years. It’s a live awards show for 1,000 people at the Minneapolis Convention Center that showcases the top technology companies in Minnesota,” Lampi describes. “There is a lot of excitement inherent to a live awards show and we create a large video production and complement it with extensive lighting and dÃ©cor.” (Read more about the most recent Tekne Awards here.)

Lampi specializes in audio and visual productions and says there’s nothing more rewarding than seeing her ideas put on stage and come to fruition at an awards show. Lampi also says she enjoys immersing herself in different cultures while planning events and conferences.

Locally, she organizes the “Dragon Festival” at Phalen Park in St. Paul each summer. The pan-Asian festival features colorful, traditional dances and music to showcase the performance arts of Asia. Last year, the event attracted 8,000 visitors over its two-day span.

“I love seeing how culture can affect event planning and traveling to many different areas has been such a treat,” Lampi says. “Although, there are a lot of challenges. The myriad of custom regulations, travel considerations, and cultural barriers were complex but interesting to learn about and work through.”

When she planned a conference in Beijing, China in 2008, Lampi said the 13-hour time difference made communicating over the phone almost impossible and that a group of shipments her team needed got stuck at customs. But she was able to liaise with a freight forwarder who knew local vendors and got the shipments delivered.

One of the other major difficulties with international events is the language barrier, she says.

“In Europe there are still many different languages that are spoken even within the same country,” Lampi says. “At an event in Budapest, we lost a shipment of boxes because one of our drivers didn’t speak Hungarian and the loading dock manager only spoke Hungarian. It took a long mess of phone calls and interpreters to get our boxes correctly delivered.”

But such challenges have only made her a more versatile planner, Lampi says.

Education:
• University of Minnesota—Twin Cities, Bachelor of Arts in International Relations and Spanish