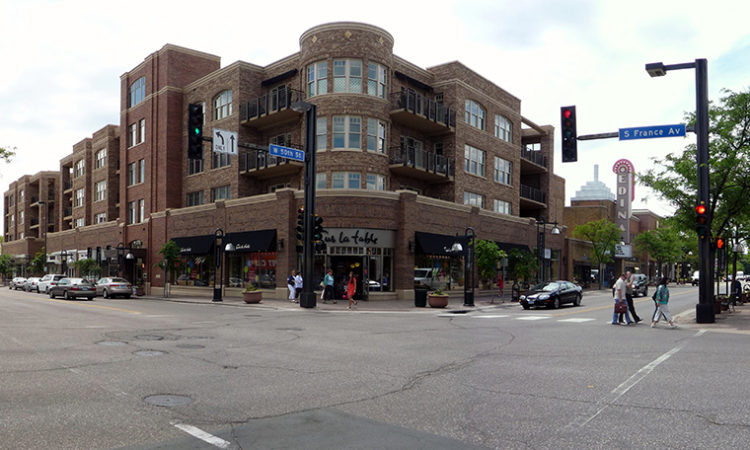 A Fraught Future for 50th and France?

Local store owners say a proposal to redevelop a nearby city-owned parking lot could drive businesses away from the shopping district.
By Dan Niepow
October 24, 2019

After weathering months of construction-related setbacks last year, shop owners at 50th and France thought they were beginning to see the light at the end of the tunnel.

But they say they were thrown a curveball last month, when Minneapolis city council member Linea Palmisano proposed transforming the city-owned Ewing Municipal Lot into an affordable housing project. Local store owners say the 82-space lot is important for their business.

“We rely on that parking. Most of my customers use that parking,” says Michael Hagie, owner of the Gather gift shop, who’s also taken his story to KARE-11 and WCCO. “If they get rid of that parking lot, it’ll affect business. Even the construction itself would keep people away from the area.”

Hagie says he doesn’t oppose affordable housing generally. But he takes issue with positioning it near 50th and France – a move that could lower property values, he says.

“Putting affordable housing there is going to hurt perception of this particular neighborhood,” Hagie says.

The city owns the lot, but businesses pay for maintenance and snow removal, which generally costs them around $42,000 a year, according to the Southwest Journal.

Though the project is in the early stages, Hagie and several other store owners have been vocal about their concerns. Kim Foote, co-owner of Robert Foote Jewelers at 5049 France Ave., notes that she moved her business a few blocks south to be closer to the Ewing lot. Though there are other parking options available, many of her clientele are older and can’t walk quite as far, she says.

“They need to have this quick, easy-access parking,” Foote says.

Still, Palmisano thinks much of the fuss is overblown – and premature. If the project goes forward, the city will hold many more community meetings to gather input from stakeholders, including businesses, she says.

“It seems to be a big storm in a teacup,” Palmisano says. “I’ve acknowledged that I think public parking might be one of the big things that we want to keep in this [request for proposals].”

Of course, store owners say they have reason to be concerned – all parking issues aside. They point to a swath of closures prompted by recent construction work. Since construction began in January 2018, a half dozen stores have shut their doors permanently, including include Bay Street Shoes and Dana’s Apparel.

At the same time, some new stores have moved in, too. Haven Nail Studio opened this spring, for instance. Hydrate IV Bar, Pajarito Mexican restaurant, and Crisp & Green restaurant have also set up shop at 50th and France. Then there's the Oh Baby! toddler clothing store, which relocated from the Galleria to 50th and France.

Despite Palmisano’s assurances, some owners fear their voices won’t be heard throughout the process.

“It’s definitely scripted that it will happen at some point in the future,” Foote says. “A lot of business owners feel like our hands our tied.”

The Ewing lot proposal fits into Minneapolis city leader’s larger vision for the region. In their 2040 plan, leaders have their sights set on a carless future (or a future with significantly less car usage.) One of the plan’s goals: “Discourage the establishment of and minimize the size of surface parking lots.”

As for next steps for the 50th and France Lot? More information gathering, Palmisano says. That includes a study of who uses the Ewing lot, and when. Palmisano estimates that about half the lot is already taken up with employee parking.

“I think that data will help this conversation,” Palmisano says.

In the interim, store owners are mulling their options.

“Maybe this just gives business owners a chance to move someplace else in the meantime where they are going to have adequate parking,” Foote says.