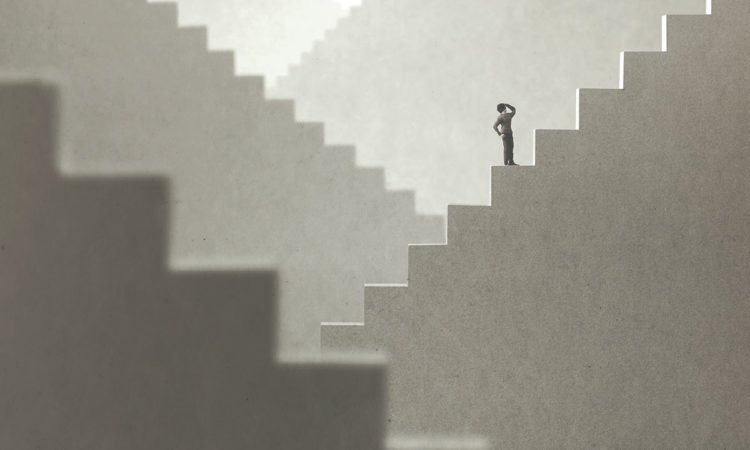 Downtowns suddenly have too much of it, our medical system too little.
By Adam Platt
July 09, 2020

Events are moving so fast in the business space, it’s difficult to write with much assurance that what anyone says today will still make sense in a week. It’s even more difficult to understand if the solutions we identify on the fly to safeguard our way of life will create side effects with worse consequences.

Other than the police violence and civil unrest we are all thinking about as we approach deadline, two topics in particular are on my mind, both relating to issues of capacity:

First, the metro area’s ICU beds are full. But only a quarter of them are full with Covid-19 patients. There has clearly been a surge of need since we opened up the medical system after the six-week ban on “elective” procedures to protect our hospital and PPE capacity.

That fewer than 300 Covid patients could overwhelm the metro area’s ICUs points to a tragic consequence of the tight lid that state regulators and hospital systems have kept on hospital capacity. It’s costly to maintain unutilized hospital capacity, but had we more of it at the start, we wouldn’t have had to make our economy collateral damage.

And by denying people access to medical care, we precipitated a different health crisis—one that made sick people afraid of seeking care and threw many medical professionals into economic hardship. The next outbreak may be measles, because the rate of vaccinations has fallen so precipitously.

America is going to need a Marshall Plan for its downtowns.

The point here isn’t to cast blame, but to take issue with the blunt instruments with which we have been fighting the virus. Shutdowns are a blunt instrument. They have created unwelcome levels of economic disruption.

A friend in Duluth tells me that Essentia, the region’s major health care provider, now expects a Covid peak in the region in October, so it continues to gird for battle. Meanwhile, hospitals are mostly empty, and doctors, nurses, and other professionals are without income.

One of our first admissions of failure in this conversation about shutdowns has to be the disproportionate impact of viral modeling and the fact that so much of the modeling has been inaccurate—so much so that New York Gov. Andrew Cuomo now refuses to discuss viral models, asserting they have been of no use to his state. Yet here in Minnesota, our hospital systems and the state continue to rely on modeled levels of death and hospitalization well beyond the rates we have experienced. The solution is to build in capacity as fast as we can. Hopefully we are doing so.

There have been calls for a nationalized approach to public health; the use of differing approaches by various states and countries should eventually serve as a template for what works and what doesn’t. Hopefully those of us who view every issue as a way to advance an ideology will be able to stick to proven facts and move forward accordingly. (Talk about a fantasy.)

One place where a reasoned approach clearly won’t happen is workplaces. Though there are ways to safely structure workplaces in this pandemic, local companies and workers are voting with their feet, and the path back to the office will be long and tortuous. That impact will be felt most prominently in the two downtowns, for decades the focus of rejuvenation efforts.

Downtown Minneapolis still lacks a sense of vibrancy even though it reached the long-held goal of 50,000 residents. The residential efforts at increasing that vibrancy assume that downtown will continue to have 216,000 workers supporting its businesses every weekday and large events underpinning its hospitality sector each evening.

Now both those rugs, if you will, have been pulled out from under downtown. Companies that planned to return to offices in June are now saying September. I presume soon the return date will be after Christmas, next Memorial Day, etc. Companies do not want to argue with their employees. And how can you argue with fear? We’ve learned how to work from home, where we don’t have to get in elevators, buses, and skyways.

America is going to need a Marshall Plan for its downtowns. The federal payroll protection plans are going to need to be renewed, and the many small businesses that fill the skyways and the streets are going to need help: free parking, pop-ups, honestly I don’t even know where to start. And if we can’t manage these among all the other problems, I fear we will be left with downtown spaces that need to be repopulated from almost zero.

Although downtown Minneapolis’s residential population is largely confined to its fringes, it will be that population, notably, that provides an ongoing lifeline. But if we cannot keep downtown’s amenities, will we be able to hold onto its residents and attract new ones?

In the 1980s and ’90s, when suburbanization and business consolidation weighed heaviest, the viability of the American urban center was in serious doubt. As if a riposte to those voices, the last 20 years have provided a welcome renaissance of downtowns across the country.

Now everything about that renaissance, rooted in the benefits of density, has been called into question. We will need some of our brightest minds to resolve this next challenge to our urban cores.