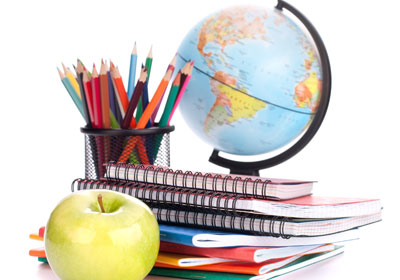 With the help of a grant from the Bill & Melinda Gates Foundation and The William and Flora Hewlett Foundation, a new Minneapolis school aiming to breed entrepreneurs will open in August 2013.
October 25, 2012

Thanks in part to two prominent foundations, a new kind of school is set to open in Minneapolis.

Venture Academy, which claims it will be Minnesota’s first school for sixth- to 12th-grade students that’s designed to breed entrepreneurs and innovators, recently announced that it is a winner of the national Next Generation Learning Challenges (NGLC) grant competition. The grants are funded by the Seattle-based Bill & Melinda Gates Foundation and The William and Flora Hewlett Foundation, which is based in Menlo Park, California and was set up by Hewlett-Packard cofounder William Hewlett and his wife, Flora.

The school will receive $150,000, which it will use to prepare to open its doors in August 2013. NGLC will also match—up to an additional $300,000—grants that the school raises from other sources.

Jon Bacal, Venture Academy’s “chief entrepreneurship officer,” told Twin Cities Business that the school is currently in the early stages of soliciting additional “start-up financial resources,” but declined to share how much it wishes to raise or from whom.

Venture Academy will be a public charter school—one that receives public funding but is governed by an independent body instead of a school district. It will offer an accelerated learning program that aims to prepare students for college-level learning by their junior year of high school, or by the age of 16.

Its mission is to prepare young people to become “passionate and purposeful college- and career-ready entrepreneurial leaders able to imagine opportunities, take initiative, and create solutions,” according to its website.

Venture Academy said that its personalized digital learning tools will enable students to take charge of their own learning and track their progress in real time. The school will also encourage its teachers to experiment with new methods of teaching. Venture said that it will be Minnesota’s first middle/high school to offer a program that will focus on science, technology, engineering, arts and design, and math.

According to Bacal, only 40 percent of all Minneapolis high school students and 20 percent of Latino and black students in the city are college-ready.

“Venture is designed to motivate young people to make dramatic learning progress by letting them take charge of their own learning,” Bacal said.  “By blending student-directed, personalized digital learning and adaptive teaching, Venture cultivates the skills everyone needs to thrive in the 21st century.”

The NGLC competition supports school models that are designed to improve college readiness through personalized learning and the use of technology. Venture Academy was one of 20 schools to receive a grant as part of the competition’s third round of awards.

There are plans to eventually expand Venture Academy into a network of schools, although it is “too early” to say where those schools will be located, Bacal said.