Sixteen Minnesota companies received perfect scores and earned the distinction of the “Best Places to Work for LGBT Equality” in a recent report that rates corporate policies and practices relating to LGBT employees.
December 20, 2013 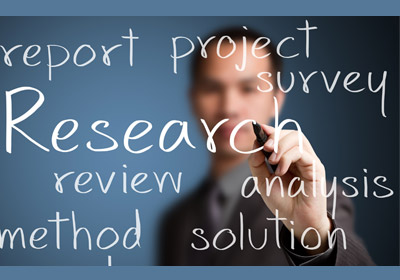 Surveys were sent in late March to the CEO or managing partner of 1,923 companies, as well as the highest-level executive responsible for human resources or diversity. Of that number, the index rated 734 companies: 299 Fortune 500 businesses, 79 Fortune 1000 businesses, 138 “American Lawyer 200” firms, and 218 additional businesses.

Businesses were rated based on five criteria: implementation of “equal employment opportunity” policies that include sexual orientation and gender identity; employment benefits such as spousal and partner benefits, as well as transgender-inclusive health insurance; LGBT competency training and resources; LGBT-specific corporate efforts, including recruiting, supplier diversity, and public support for LGBT equality; and an absence of corporate activities that would undermine LGBT equality. Businesses that obtained the maximum amount of points (100) received a “perfect score.”

Of the 734 companies rated, 304 received “perfect scores” and received the foundation’s distinction of being “Best Places to Work for LGBT Equality.” Of those 304 companies, 16 are based in Minnesota.

Ameriprise Financial, Inc., RBC Wealth Management, and U.S. Bancorp—all of which are based in Minneapolis—received perfect scores in the “banking and financial services” category.

“Our company is a great place to work because our employees bring their unique identities and perspectives to the workplace,” Jay Johnson, vice president of talent acquisition and diversity at Ameriprise, said in a statement.

“Achieving this premier standing is important for Blue Cross to continue attracting top talent and sustaining such a talented workforce,” Paula Phillippe, senior vice president of human resources, communications, and community relations with Blue Cross Blue Shield of Minnesota, said in a statement.

Dorsey & Whitney, LLP; Faegre Baker Daniels; and Robins, Kaplan, Miller & Ciresi, LLP—all based in Minneapolis—received perfect scores in the “law firms” category. They’re all among the state’s 10-largest law firms based on their numbers of licensed Minnesota attorneys.

“This honor reflects our culture of diversity and inclusion as well as our commitment to industry-leading policies and benefits,” Faegre Baker Daniels’ Managing Partner Andrew Humphrey said in a statement.

3M, Ameriprise, Best Buy, Ecolab, General Mills, Medtronic, Target, U.S. Bancorp, and UnitedHealth Group are among Minnesota’s 15-largest public companies based on revenue. Meanwhile, Cargill is the state’s largest private company based on revenue and Land O’Lakes is among the state’s largest co-operatives. RBC Wealth Management is the second-largest asset management firm in Minnesota based on companywide assets under management.

The Human Rights Campaign Foundation’s report also noted that Minnesota is among 16 states (plus Washington, D.C.) that prohibit discrimination based on sexual orientation and gender identity.

Click here to view the full report, including the index broken down by industry, which also includes Minnesota companies that didn’t receive perfect scores.

The 2014 edition of the “Corporate Equality Index” represented a record for the largest group of businesses that received perfect scores (304), compared to the first edition of the index (in 2002), in which only 13 businesses scored 100 percent.

Of the 31 industries represented in the report, the “law firms” category had the largest group of perfect scores on the index, with 81 firms scoring 100 percent. “Banking and financial services” followed with 36 companies, then, “retail and consumer products” with 20, “consulting and business services” with 17, and “food, beverages, and groceries” with 16.

Target was also recently named one of the 10 most charitable Fortune 500 companies in the United States by The Chronicle of Philanthropy newspaper.