Minneapolis’ Restaurant Alma ranked highest on Zagat’s annual list, which includes eateries that serve up everything from aged steaks to oysters to “Jucy Lucys.”
December 13, 2013 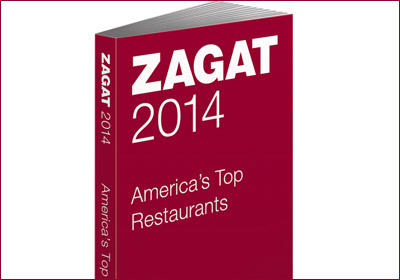 If you’re looking for the best meal in the Twin Cities, look no further than Restaurant Alma.

Restaurant Alma, which is located on University Avenue in Minneapolis and opened in 1999, bills its offerings as “eclectic American cuisine.” The restaurant specializes in three-course tasting menus, which allow customers to select any three dishes from the menu for $50. Its kitchen is run by Alex Roberts, who in 2010 won a James Beard award for “Best Chef: Midwest,” and who is also behind Brasa Premium Rotisserie, which operates locations in Minneapolis and St. Paul.

And coming in third was Lake Elmo Inn, a fine-dining restaurant located in Lake Elmo that has been in business for roughly three decades and serves American cuisine.

Rounding out the this year’s top 10 local restaurants, as ranked by Zagat, are:

The list closely resembled the one released last year, although last year’s was topped by Travail, a Robbinsdale eatery that closed its doors but plans to open two new restaurants. In fact, Travail recently crowdfunded more than $255,000 on Kickstarter to finance its expansion.

While some of the restaurants shifted around, the only eatery to appear on the latest list that wasn’t on last year’s is Ted Cook’s.

Zagat’s 2014 America’s Top Restaurants Survey looked at 1,478 of the nation’s top-rated restaurants in 36 major markets, based on ratings and reviews from more than 224,000 diners. Twin Cities restaurants didn't make the cut for the top 20 U.S. restaurants, which can be seen here. Atlanta’s Bacchanalia topped the national list.

In addition to identifying top-rated restaurants, Zagat’s annual survey also revealed some Twin Cities dining trends. For example, the dinner bill tends to be a bit smaller in the Twin Cities than in other major markets. Local diners pay an average of $37.59 for eating dinner out, compared to the national average of $40.53, according to Zagat.

Meanwhile, Minneapolis was the only major city in which American food was picked over Italian for the top cuisine. (That may be due, at least in part, to the options available in the market: Local diners said they want to see more Italian food options.)

In fact, 23 percent of Twin Citians picked American as their top cuisine, followed by Italian (19 percent) and seafood (16 percent). Interestingly, Minneapolis and some other land-locked cities were more likely to pick seafood as their favorite cuisine than the national average.

The survey also found that Twin Citians also tend to eat out less frequently than people in other markets, consuming about 3.8 meals in restaurants per week, compared to a national average of 4.4 meals. They cook more meals at home than people in most markets.

Local diners appear slightly more tech-savvy when it comes to making dinner plans: About 63 percent of Twin Citians reported that they use the Internet to make reservations, versus the national average of 52 percent.

Meanwhile, local diners cited “inattentive staff” as their biggest “pet peeve” when dining out, followed by “slow service.” And when compared to other markets, the Twin Cities had the highest percentage of diners that reported their biggest service complaint is “order mix-ups.”