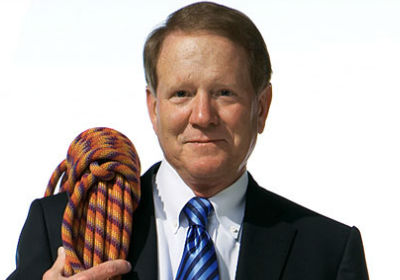 You Call This Hard?

Doug Kelley is the court-appointed receiver of Tom Petters's assets. But for drama, it's hard to beat the time the mafia cancelled a hit on Kelley, figuring a Himalayan mountain would kill him instead.
By tcbmagstaff
May 11, 2009

Tom Petters has been in jail awaiting trial since last October and, presumably, does not dress with any special elegance. But a crossed-wires image of Petters in a dapper white suit—like the one affected by novelist Tom Wolfe—has been stuck in Doug Kelley’s mind since early December.

Kelley is the Minneapolis attorney who was picked by a U.S. district judge as the receiver in the Petters case. His job as an agent of the court is to locate and manage the frozen assets of Petters and five co-conspirators who ran what prosecutors describe as a $3.5 billion Ponzi scheme. In February, he was given the additional role of trustee for Petters’ businesses.

Early December is when Petters and his cohorts filed papers listing the monthly allowance they wanted the court to grant them for personal and property expenses. This was the amount they would need just to make ends meet while awaiting their days in court: a scheduled June trial in the case of Petters, who maintains his innocence, and sentencing hearings for the other five, who’ve pleaded guilty to an array of conspiracy, tax, and money-laundering charges, and in most cases have agreed to testify against Petters.

How much money did Petters say he required to cover routine monthly expenses? More than $227,000. About $127,000 of that would be for mortgage, tax, and insurance payments for four residences: two in the Minneapolis area, one in Florida, and one at a Colorado ski resort. A more modest monthly sum—$1,733—would suffice to cover insurance and license tabs for automobiles including a 2007 Bentley, three Mercedes, a Lexus, and a Lincoln Navigator.

When Kelley saw the request, he flashed on Tom Wolfe’s 1998 novel A Man in Full. The book tells the tale of a wealthy Atlanta real estate developer named Charlie Croker, whose extravagant lifestyle is imperiled when his bankers turn nasty.

“Remember how the guy had this incredible monthly nut of $9 million or something?” Kelley asks. “He had the private airplane and the desk made out of stuff from the Alamo?” Petters’ expense list “made me think of that.”

A Receiver in Full

The title of Wolfe’s novel is ironic. So is the image in Kelley’s head. Minus the sarcasm, however, “a man in full” would not be a bad description of Kelley himself. 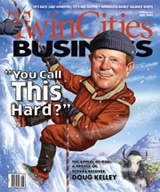 He was an Army Green Beret. He has climbed fearsome mountains around the world. He ran for governor of Minnesota in 1990, and was chief of staff before that for former U.S. Senator David Durenberger.

As an assistant U.S. attorney in the early 1980s, he prosecuted Mafia figures. As a private attorney in the 1990s, he won a $34 million jury award against the City of Minneapolis (later overturned on appeal) for his client, La SociÃ©tÃ© GÃ©nerale ImmobiliÃ¨re, a French commercial real estate developer, in a breach-of-contract case involving a municipal project on the Nicollet Mall.