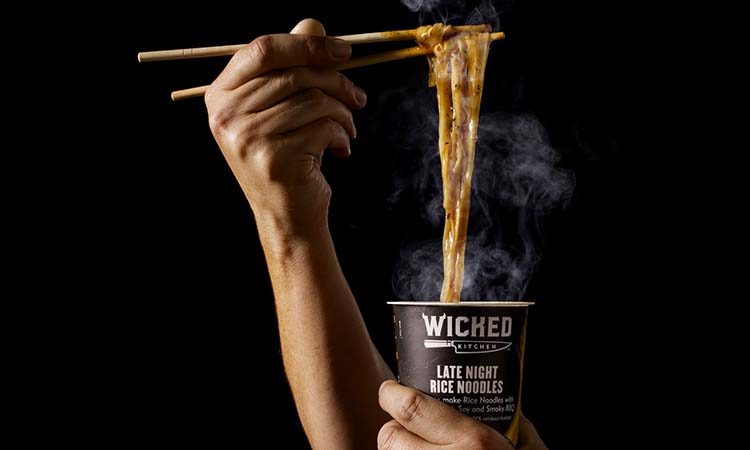 The actor is among the participants in a $20 million "bridge funding" round for the Minneapolis-based plant food company.
By Winter Keefer
October 04, 2022

Last week, the plant-focused food company announced that it has landed $20 million in “bridge funding” and identified Harrelson as one of its latest investors. Other investors included venture capital fund Ahimsa VC and Thailand-based food producer NRPT.

Wicked Kitchen, which sells plant-based packaged goods, said the funds will be used to “ramp up global brand awareness initiatives and expand retail distribution,” according to a press release issued last week.

The company, which is located in the Finnovation Lab, launched in Minnesota last year and was founded by chefs and brothers Chad Sarno and Derek Sarno. Pete Speranza, who co-founded General Mills’ venture arm 301 Inc., serves as the company’s CEO.

In the news release, Harrelson said he has known the Sarno brothers for years and has been “impressed by their wicked creativity in the kitchen and that they are not afraid to push the boundaries.”

“What I love about this brand is that the products are actually created by chefs that always put flavor first, making it so easy to go plant-based,” the actor said.

Harrelson, who won an Emmy for his supporting role in “Cheers” and has received many accolades and award nominations for later roles, follows a strict vegan diet and knows the Sarno brothers through the vegan community, eventually even writing the forward to their cookbook “The Wicked Healthy Cookbook.” Even when Harrelson played a zombie apocalypse survivor with a fondness for Twinkies, the actor only ate healthy, gluten-free replicas of the junk food snack, according to a 2009 report.

In a time when plant-based foods are drawing more interest than ever, the Sarno brothers have created a range of animal-free food options available at supermarkets across the world. They also provide recipes on YouTube.

Over the last year, Wicked Kitchen acquired Good Catch, a plant-based seafood brand. It has also expanded its frozen food item offerings in the United States. Today, the company sells its products at Kroger, Sprouts Farmers Market, 7-Eleven, and Wal-Mart, among others.

The company currently has 36 employees, according to a company spokesperson. It has raised a total of $36 million including the recent funding and a 2021 $14 million Series A funding round.