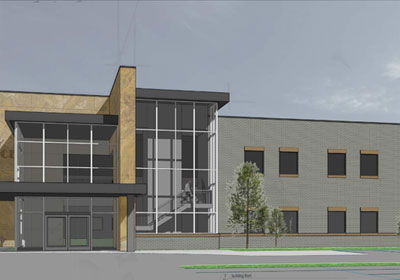 The east metro suburb of Woodbury has become the most popular spot in town for new medical office development. Twin Cities Orthopedics, Minnesota Eye Consultants, Summit Orthopedics and TRIA Orthopedic Center are all slated to anchor projects that are currently under construction in Woodbury.

Now the Minneapolis-based Davis Group and the Florida-based Elion Partners have formed a joint venture to develop a new two-story medical office building with at least 50,000 square feet of space at CityPlace in Woodbury. Elion is the master developer for CityPlace on the 100-acre former State Farm Insurance campus in Woodbury. The Davis Group is developer, broker and consultant focused on medical office real estate.

“We were looking for a new project in that market because we have a number of clients who have an interest in updated space,” said Mark Davis, principal with the Davis Group. Davis noted that the nearby Eagle Point Medical Building, a previous Davis Group development, is nearly full. “We think this is the time to move forward with a new project.”

Davis said that he does not have any signed leases yet for the new project but has been in discussions with potential tenants. The Davis Group would need to have lease commitments for at least half of the space in the building before it could start construction.

CityPlace is being developed in stages. The first phase of retail shops totaling 140,000 square feet is complete and a Residence Inn by Marriott hotel opened in September. A Whole Foods grocery store and a Nordstrom Rack location are slated to open this year.

The new medical office project will be the second medical project on the site. A 75,000-square-foot TRIA location is under construction and slated to open at CityPlace this summer.

The former State Farm campus sat empty for years before redevelopment of the site began.

“We’re very excited about how the project has taken shape so far,” said Janelle Schmitz, assistant community development director for the city of Woodbury.

Given the boomlet of medical office projects, the city has started to promote itself as a “healthcare destination.” The city’s web site indicates that there are more than 190 health care-related businesses in Woodbury.

Currently, there is about 500,000 square feet of medical office project under construction across the Twin Cities said Tom Stella, a senior director in brokerage services for Bloomington-based Cushman & Wakefield/NorthMarq. But the healthiest market for new projects is east of the river.

“The vast majority of it is in the east metro,” said Stella.